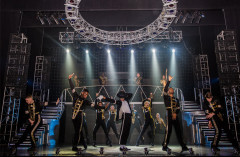 THRILLER LIVE is a celebration of the life's work of the late Michael Jackson, and as such it is a triumph. I also challenge anyone not to fall a little bit in love with the energetic, talented and charismatic cast.

When the beautiful, gracious vocalist Vivienne Ekwulugo was on stage she held the audience in the palm of her hand and when Florivaldo Mossi was performing as MJ, capturing perfectly his other-worldly physicality, there was a poignant suspension of disbelief. It was almost as if Michael himself were with us.

Last night I was very lucky to be close enough to the stage at The Lyric to be able to catch a little reassuring glance be exchanged between vocalist Vivienne Ekwulugo and the young Caleb Stewart, who was playing the child Michael Jackson. This moment of loving camaraderie really typified the pulsing joy of life that the performers exuded throughout THRILLER LIVE.

Not only were the dancers supernaturally flexible and vivacious (at one point early on I found myself wondering just how mind blowingly demanding the mere auditions must be) but they also had so much more obvious wit and intelligence than is often the case in many shows.

I loved the way they played with the audience, catching an eye here, or giving a tilt of the head there, working the room in such a way that you felt included in a very special party.

The only discordant note would be that of the contrasting tone of the narrative, such as it was, that catalogued Michael Jackson's career. It was so very solemnly reverent that I began to wonder if perhaps we were invited to believe that not only could he be credited with immortalizing the moonwalk, but also with having walked on water.

When one sees such a show as this you realise how many exceptionally talented and dedicated artists there are working in the industry, for which they should be deservedly lauded. It is often a combination of placement and coincidence of opportunity that decides whether one will become a megastar, and another a hard working, joy bringing performer of lesser fame.

I hope so many of these performers will receive all the plaudits they deserve, among those I have already mentioned, I include also David Julien, such a great energy and distinctive sound, and Joey James, whose command of the stage made it all look so effortless. 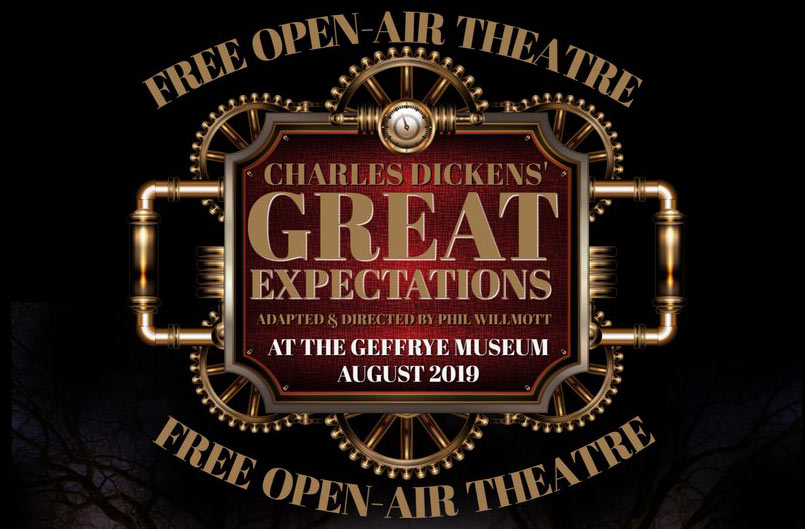 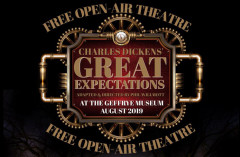 Free Theatre UK’s latest production is an adaptation of Charles Dickens’ GREAT EXPECTATIONS. For the past 15 years, this admirable company conceived by Phil Willmott (who’s also our editor at Londonboxoffice) presented their productions at The Scoop outdoor amphitheatre, adjacent to City Hall.