Review: VANYA AND SONIA AND MASHA AND SPIKE at The Charing Cross Theatre 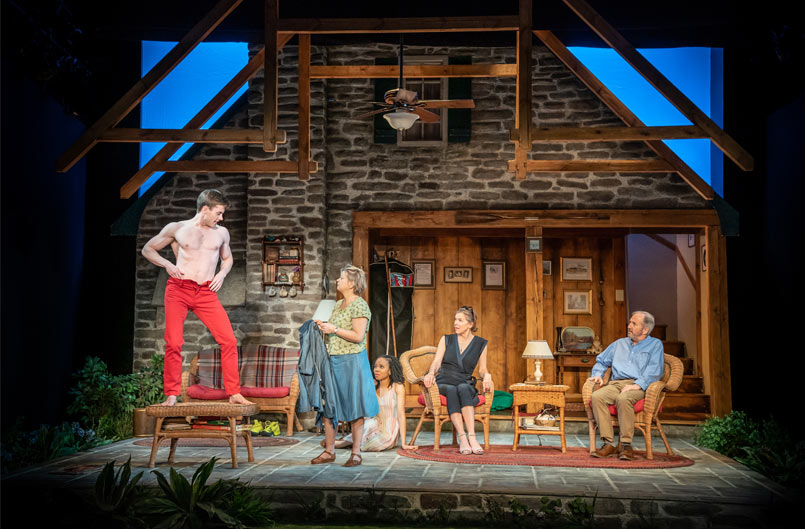 Vanya and Sonia remained at the family farmhouse in rural Pennsylvania whilst Masha pursued the bright lights and a career in movies. When she returns with her latest toy boy Spike in tow, deep-rooted antipathies surface and caustic one-liners abound.

Michael Maloney and Rebecca Lacey are paired as the stay-at-home brother and sister (parodies of Chekhov's Cherry Orchard characters) whose stodgy serenity is disrupted by the arrival of flamboyant Janie Dee as prodigal sister Masha — every inch the film actress juggling her star power with barely concealed neurotic insecurities due to age and a declining career.

The play is somewhat inconsistently knitted together (veering erratically from emotional meltdowns to farce), but there is a great deal of playfulness to enjoy in the script. However some sections failed to rise above parody and pastiche on Press Night and will need to settle during the run. Reassuringly as an audience member you won't need an encyclopaedic understanding of Russian literature to enjoy the many gags (although there are plenty of in-jokes for which a working knowledge of The Cherry Orchard will certainly aid appreciation).

For the briefest moment, allow yourself the absurd luxury of imagining Anton Chekov and Alan Ayckbourn creating a bastard love child. If that idea appeals, then grab yourself a ticket. 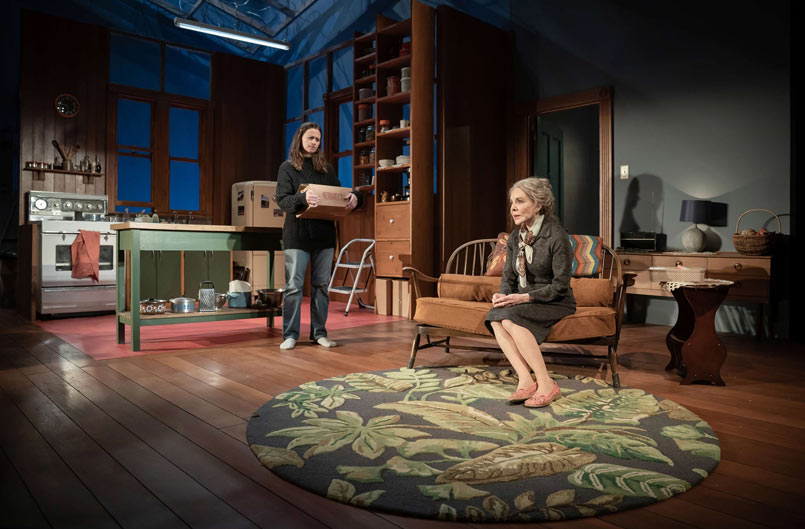 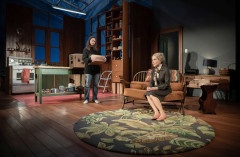 Our scene takes place in a rural American homestead where, as a prelude to shooting herself, Jessie lists for her mother the humdrum minutiae of her existence — whilst preparing pill bottles, filling labelled sweet jars, detailing who to call when the dishwasher breaks down and most importantly, what procedure to follow after she hears the gun shot later that evening.