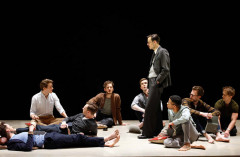 In the assured hands of director Stephen Daldry the cast deliver two linked plays over the course of two evenings (or one long day if your attention span can withstand the onslaught), which will dazzle, move, entertain and challenge your precepts of modern contemporary theatre and the part it has to play in shaping our view of society and human interaction. Set in New York amidst the post-AIDS generation, Daldry leads his troupe of talented, unabashed actors in spiritedly tackling their big issues - what it means to be a survivor, a Republican, a self-obsessed parody, a genuinely caring individual, a relic, a lost soul. Humanity abounds and the experience of witnessing the threads of storyline unfold (and in some instances, unravel), is utterly exhausting and inspiringly invigorating in equal measure.;

Bob Crowley's simple yet stylishly realised plinth set on which the action takes place, raises and lowers affording the cast opportunities to sprawl (reminiscent of afternoons spent sunning in the Sheep's Meadow, Central Park in the early 90s) or perch around, (redolent of a modern-day Last Supper) as they discuss, argue, reveal and confess elements of their lives in a way which only New Yorkers can and do.

Central to the plot are the characters Toby Darling (Andrew Burnap) and Eric Glass (Kyle Soller). Toby is all swaggering aplomb and unresolved inadequacies, whilst Eric has the sort of measured intuitiveness borne of a life destined to empathising and putting others first. Their harmony and then divergence effect all those around them, not least Henry Wilcox (John Benjamin Hickey) and Adam (Samuel H Levine) - the first, a staunch Republican with an ability to intellectualise humanity and thereby compartmentalise frailty and pain. The second, an inwardly confident young man whose familial security permits him the luxury to overdevelop his exterior confidence. His character is further off-set by a doppelgänger Leo (presumably his adopted twin) who is also played by Levine, but is his antithesis in personality. The character of E M Forster (Paul Hilton) guides and encourages the troupe in the development and telling of their story in the first play, whilst Margaret(Vanessa Redgrave) serves to narrate a conclusion to journeys for many of the participants, in the second. In between, the characters swirl in a dizzying narrative riven with wit and biting realities about the human condition, love, despair, loss of self, strength, fear, lust, trust and redemption. It is a quite superb piece of theatre, entirely deserving of the many plaudits it is receiving and the standing ovations afforded on the nights this reviewer attended.

The Inheritance at the Noel Coward Theatre 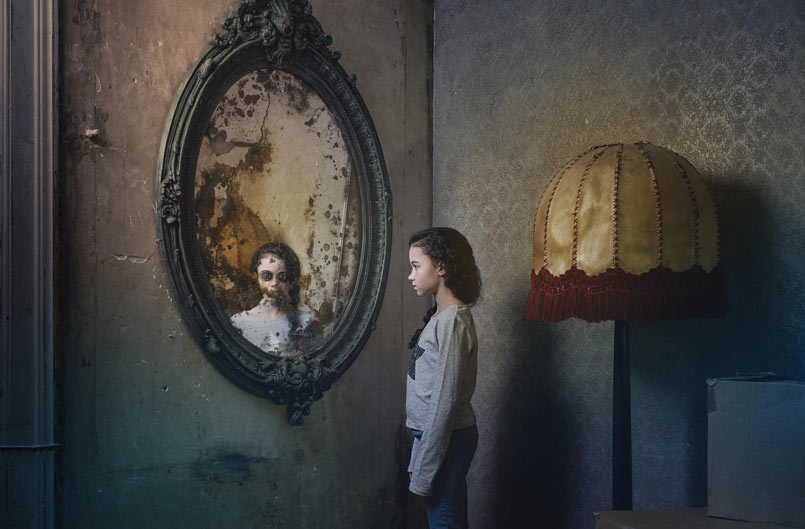 Review: CORALINE The Royal Opera House at the Barbican 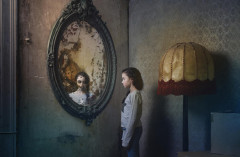 Neil Gaiman's massively popular children's story 'Coraline' has already made it from the page to the big screen and now finds itself on the Barbican stage as an opera for family audiences, commissioned by The Royal Opera House, with music by the one-time 'bad boy' of British contemporary music, Mark-Anthony Turnage, and with a great libretto by playwright Rory Mullarkey.