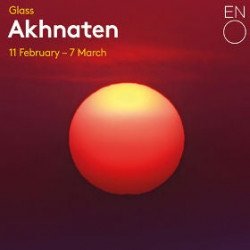 Behold, the power of the Pharaoh.

Akhnaten is a mesmerising work whose text draws on ancient hymns, prayers and inscriptions sung in their original Egyptian, Hebrew and Akkadian. The opera’s unique mood transports audiences to this ancient world through Glass’s music (conducted by the returning Karen Kamensek) that combines his characteristic minimalist voice with stylised movement and choreographed juggling to visualise the rhythms of his score.

A mesmerising spectacle, Akhnaten tells the story of one of the world’s most influential figures – the Pharaoh Akhnaten, the first Pharaoh to switch from worshipping a pantheon of gods to just one: the Sun.

Next Performances for Akhnaten at the London Coliseum

We have a great selection of cheap Akhnaten tickets. We can help you save up to 70% on Akhnaten tickets! If you're looking for discount theatre tickets have a look below for our latest offers for Akhnaten at the London Coliseum.

There are no special offers available at the moment but we still have great ticket prices for Akhnaten at the London Coliseum. 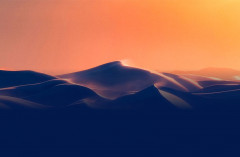 Akhnaten is the third opera in Philip Glass’s “Portrait Trilogy” which consists of three operas describing in more or less abstract terms the lives of individuals whose thinking could be said to have changed the world, the other two pieces being Einstein On The Beach (1975) and Satyagraha (about Ghandi, 1979).