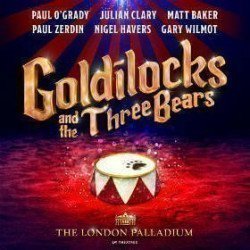 Goldilocks and the Three Bears Tickets

About Goldilocks and the Three Bears 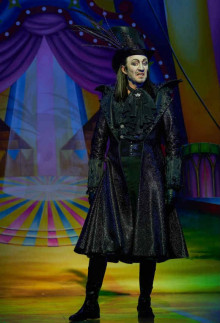 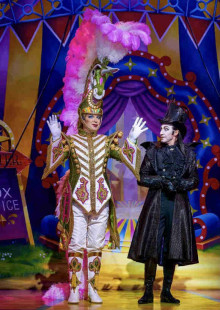 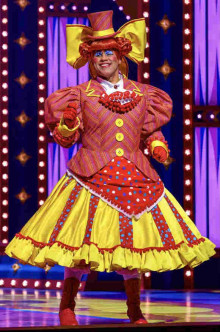 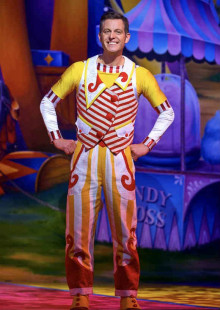 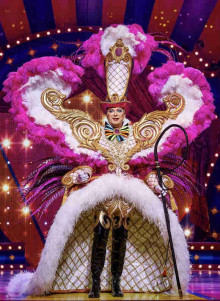 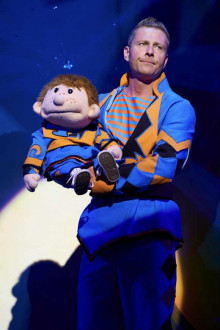 Goldilocks and the Three Bears description

Goldilocks and the Three Bears – Heavenly for the kids!

The festive season means panto... and this year's super-special West End extravaganza is a story adored by millions of people since it was first told in 1837. The venue is the massive, magnificent London Palladium, an event to remember in itself. And the cast is absolutely superb, a whole load of glittering awesomeness designed to thrill. No wonder tickets are set to sell like hot cakes.

Last year the London Palladium put on Snow White and it proved a monster hit. Now, for the fourth consecutive year of festive pantos, the venue is showcasing a fabulously fun panto adaptation of the all-time classic children's story Goldilocks and the Three Bears. It's a brand new version of the 1800s story by Robert Southey, and this time around – probably the zillionth since it was written – it stars Matt Baker, Paul O'Grady, and Julian Clary along with the excellent Sophie Isaacs in the starring role of Goldilocks. If you saw her as Annette Hargrove in Cruel Intentions: The 90s Musical, at the 2019 Edinburgh Festival Fringe, you'll know you're in for a treat.

Julian Clary plays the Good Ringmaster, Paul O'Grady plays the Bad Ringmaster, Gary Wilmot plays Dame Betty, Matt Baker is Joey the Clown, Nigel Havers is Daddy Bear, and Paul Zerdin plays Silly Billy. And, as you can imagine, the tickets, the venue, the players and everything else are 'just right'!

This show takes the old tale to a new level, taking creative liberties and setting the story in a circus instead of the woods. It's young Goldilocks' job, along with her mum, to fight the Evil Ringmaster and his horrible circus acts. Can Goldilocks and her mum win? Come and see. It's such fun, and it's on stage for a limited five week festive season.

It's amazing seeing the London Palladium transformed into a circus, a magical place where everything is possible. This is a feast of dazzling comedy, eye-catching special effects, incredible stunts and brilliant circus acts. You'll love the internationally renowned illusionist Phil Hitchcock, Asia and Dylan Medini and their stunning Skating Medini rollerskating act, ‘Rola Bola’, from the German Belli Family Circus and Europe’s youngest stunt rider, amazing Peter Pavlov and the crazy ‘Globe of Speed’.

The story? Dame Betty Barnum and her daughter Goldilocks’ circus is under threat from an evil rival circus owner. But with the help of their friends they are determined to save their circus. Will they succeed? Things don't look so good until, at last, three bears come along...

Who is this show for?
Goldilocks and the Three Bears is recommended for people aged five plus.

Goldilocks and the Three Bears reviews

it was just as I imagined. Colourful. Funny. Great cast. Great acts in the circus. Loved the motor cycle part scary....but so professional. Loved everything about the panto and will definitely be back ...x

The best panto in England

Full of fun and energy. Non stop all through

The Pantomime of the year.

A "must see" if you like being entertained.What an amazing presentation of various,first-class talent.

I booked the show for my grandsons 12th birthday, I did ask if he could be mentioned but they said it was against protocol, which was a shame as he is very theatrical and been on a few shows with his drama group it would of been a magical lifetime memory for him or any other child mentioned on stage, I’m 72 and I remember Ken Dodd as Father Christmas and giving me a present when I was about that age, and seeing Arthur askey singing there is a worm at the bottom of the garden to all the children, magical times, the show was really good and Paul o’grady and Julian Clary are really funny together great performance from the whole crew x😉

A very good show. little plot but I expected that. It was less dirty than last years show which was to its credit and made it a better show. The innuendos were much better because you had to think about them. The music was very good, professionally done but rather too loud in the auditorium. Excellent stage and lighting presentation.

This was more of an adult show and may not be suitable for the very young.

2019 London Pantomime - Goldilocks and the 3 Bears.

It was my first pantomime and I loved it. I loved the ad lobbing of the actors and the in jokes.

A wonderful show which made me laugh from start to finish. The whole cast were excellent.highly reccomended

Excellent from start to finish.Agood mix of entertainment with good music and wonderful costumes.Lively and full of fun.Roll on next year.Pantomime should never be allowed to die.

Was not sure what to expect but WOW. Enjoyed Everything about the show was some unexpected twists and thrills. Marvellous special effects too.