Review ANNIE at the Wimbledon Theatre 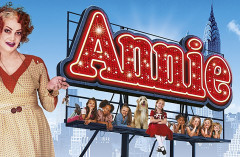 In the spirit of full disclosure I feel it is important to admit that ANNIE, now playing at the Wimbledon Theatre and continuing on tour, was the very first show I ever saw on Broadway at the age of 10 and it has therefore retained a special place in my musical theatre heart. Having suffered through the ill conceived and poorly reviewed 2012 Broadway revival, I approached director Nikolai Foster’s touring version, starring Strictly Come Dancing’s Craig Revel Horwood as Miss Hannigan, with some trepidation. However I am thrilled to report that this is a revelatory re-think of a family favorite that will satisfy both parents and children.

ANNIE, based on the iconic Harold Gray comic strip of the 1930’s, is the story of an 11 year-old foundling’s search for her parents. As I am sure we all know, she is taken in at Christmas by multi-millionaire Oliver Warbucks who ultimately adopts her when she discovers, after numerous plot twists, that her parents have passed away.

Seeing the show again as an adult I was consistently struck by the strength of the book and score. This is a smart, touching, classically constructed Broadway musical that Foster has managed to imaginatively re-boot whilst still retaining its essence. He is ably assisted by Nick Winston’s creative high-energy choreography and Colin Webster’s attractive, if somewhat reminiscent of MATILDA’s, set.

This is a smart, touching, classically constructed Broadway musical that Foster has managed to imaginatively re-boot whilst still retaining its essence

Any production of ANNIE succeeds or fails, of course, on the strength of the child actors and here Foster has done a tremendous job. On the night I saw it (the show has three rotating children casts) Isabella Pappas as Annie was superb. She gave a believable, heartfelt performance with a voice that was both sweet and powerful. The rest of the orphans danced beautifully and never veered into cutesy child acting territory. As Miss Hannigan, the big draw stunt casting, Craig Revel Horwood sang with surprising power and played the part straight, so to speak, whilst still managing to garner big laughs. In fact the entire cast was spot on.

Having listened to the score of ANNIE for over thirty five years I can’t conclude this review without commending David Shrubsole’s lively new orchestrations which made all the songs sound fresh. So if you only know ANNIE from the bloated 1982 Hollywood film version treat yourself and your kids by catching this delightful new production of a Broadway classic. 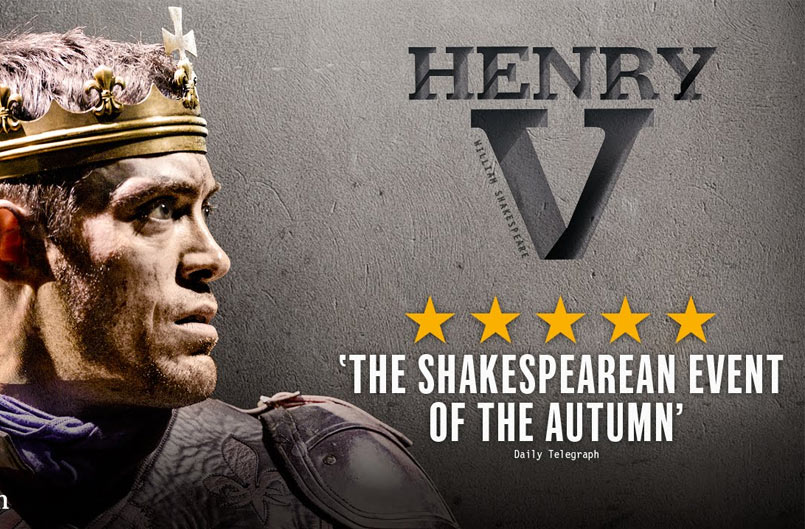 REVIEW: Henry V at the Barbican 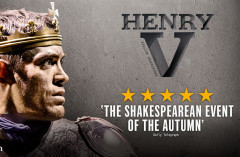 The Royal Shakespeare Company's (RSC) popular and critically acclaimed production of Henry V has transferred from the company's home in Stratford Upon Avon to London's Barbican Theatre, where it's promoted as the latest in their cycle of history plays.

Things kicked off with David Tennant playing Richard II. He was deposed by Jaspar Britain's Henry IV and, in a two part play, we saw him struggle to groom his son into a suitable monarch. Anthony Sher was the star of these plays, portraying the Prince's most dissolute compnanion, John Falstaff.