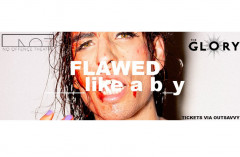 “Red wine, ecstasy and heavy rock” - Flawed like a boy is a coming of age and a coming out story, that allows an audience to smell, hear and feel the experiences of a queer man growing up in Australia from the 1980s until now.

It is a cabaret style performance - written and performed by No Offence Theatre’s queer artist and director Bj McNeill.

Australia is somewhat of an enigma to London audiences. When we think about Australia we think - gap year travelling, deep tans, dangerous poisonous animals, beer and surfing. We see a lifestyle that is totally enviable in every way, from the weather to the laid back attitude. Bj McNeill, a queer artist hailing from Sydney wants to the world to know that its not as laid back as we might think. That, in his words, Australia has a ‘blueprint’ for what is acceptable and what is not. Gay is not.

Up until 1949, anal-sex was a crime punishable by death in Victoria. In 1972, SA police killed a gay academic by throwing him into the Torrens River. Only 43 years ago, in 1975, are male acts of homosexuality legalised. Even now, homophobia is alive in Australia - with same-sex marriage only being legalised last year.

McNeill speaks “Australia’s brand is that of the laid-back and the liberal, but its all a front as its all on the terms of the straight and narrow.” He takes us through his childhood of endless summers, beaches and beer, but tells us all the while - he felt different.

With a delicious soundtrack, McNeill performs spoken word style with bursts of cabaret dancing, taking us on a journey of a boy who struggles to understand why being himself is unacceptable in his home.

His performance and writing is angry and powerful - you find yourself hanging on each word and journeying with McNeill, feeling each homophobic punch with him, feeling his teenage angst with him, feeling drunk with him.

In moments of choreography that oozes with sexuality and humour, McNeill is supported by two other fantastic queer artists - Sven Ironside and Gabriella Schmidt.

One particular stand out moment, when McNeill is discussing toxic masculinity, all three artists don an oversized penis and dance to Peaches ‘Dick in the Air’ song, unapologetically thrusting it in the audiences faces and dominating the space.

Throughout we hear snippets of audio from Australian voices, condemning homosexuality and ‘queerness.’ One speaks ‘If you do anything a bit odd, you are a queer.’
Its no wonder that 4 out of 5 LGBTQ+ youths in Australia attempt suicide.

This is a topic also covered in this messy, bloody, sexy show full of everything queer and hopeful. It is truly a wonderful thing for an audience to witness, a visceral depiction of how painful being different can be. 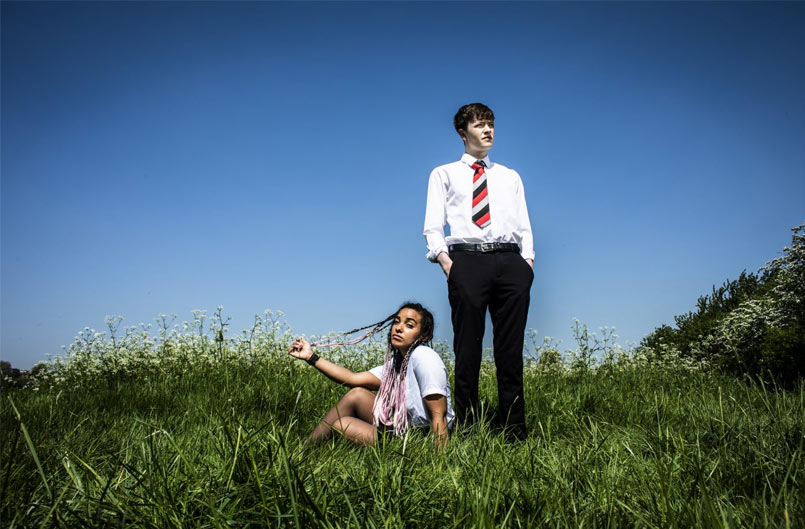 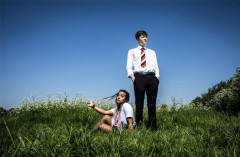 After a stop off in Edinburgh and Aldeburgh, Hightide lands in Walthamstow for its two-week London season. A pop-up hub of music, comedy, food, family shows and theatre with plenty of exciting new writing.