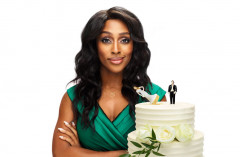 The UK theatre scene feels much more optimistic this week thanks to the government’s announcement of a £1.57 billion investment to "protect Britain’s world-class cultural, arts and heritage institutions".

This is the honeymoon period where we’re all just thrilled it’s happening but anticipate months of squabbling when the time comes to allocate the cash and it becomes clear who’ll be the beneficiaries and who’ll miss out.

But that’s for another day, now let’s enjoy everyone’s good mood which has prompted a flurry of positive announcements confirming the return or launch of some top shows.

And eager theatregoers have contributed to the high spirits by booking tickets. You can too. Here’s a three productions that have announced their opening dates. Use our Search Engine to find out more details.