Review: MY FAIR LADY at The London Coliseum

As a child, this reviewer heard countless plays of the household’s Lerner and Leowe musical albums: Camelot, Paint Your Wagon, Brigadoon and of course My Fair Lady (based on George Bernard Shaw’s playPygmalion). All, had been huge commercial stage successes, spawning sumptuously colourful film versions indelibly associated with the golden age of the Hollywood musical. 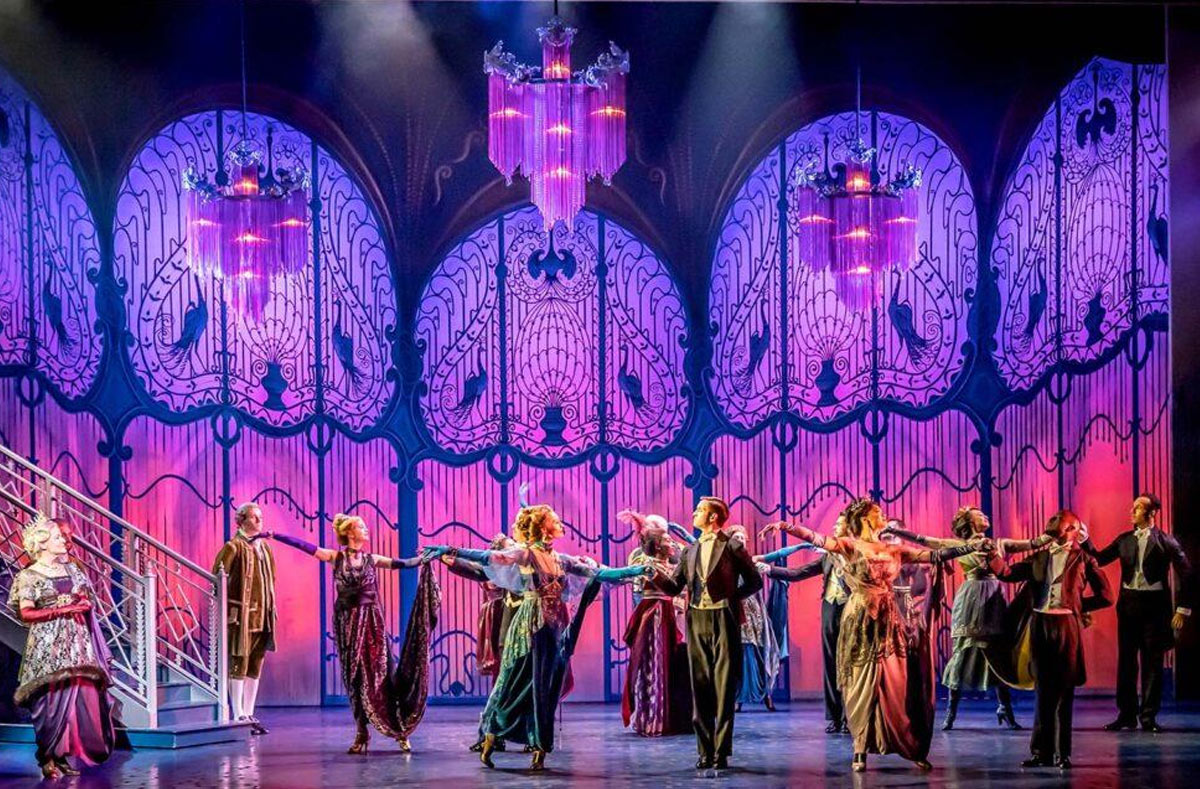 The company of My Fair Lady. Credit Marc Brenner.

The original 1958 London production alone ran for a staggering five and a half years at the Theatre Royal with Rex Harrison, Julie Andrews and Stanley Holloway (with the men later reprising their roles for the multi-Oscar winning film). And this week, the Lincoln Centre’s much anticipated production landed at the London Coliseum for its limited run – the first London outing for the musical since the unlucky 2001 Jonathan Pryce/Martine McCutcheon production where key cast members suffered repeated bouts of illness and had to withdraw.

Oh, wouldn’t it have been luverly had director Bartlett Sher seen fit to take this opportunity to update the 66 year old classic for a new century and a new generation. Instead, he has played safe with a wholly traditional version in which everything feels and looks copied and pasted from the film, with no inventive deviations. Whilst phenomenally safe and cautious, it will understandably prove a largely winning formula with traditional theatregoers.

Adorning the enormous Coliseum stage, Michael Yeargan’s revolving Edwardian house and other set pieces, coupled with Catherine Zuber’s costumes (largely a pastel version of Cecil Beaton’s blueprint) transport us to the Covent Garden flower market, Ascot races, and Transylvanian Embassy Ball in a swirl of period pastiche. However, not once does the production venture a modern perspective when challenging the established and accepted misogyny of curmudgeonly linguist Professor Henry Higgins as he mistreats and generally abuses Eliza the flower-selling guttersnipe whom he must transform to win his self-congratulatory wager, whist all-the-while demanding her subservience and unquestioning gratitude. In many ways the irrefutable charm and quality of the original story (coupled with Loewe’s wonderful word play and Lerner’s unrestrained melodies) negates the need for a didactic modern lesson in mutual respect between the sexes. But it also feels something like an omission and a missed opportunity given other recent successful musical revisions. This is especially noticeable where the lyrics assert stereotypes of women being maddening, infuriating, calculating and intellectually inferior. As with the original play, the show’s balance depends on Higgins becoming accustomed to her face and dependent upon Eliza’s humanity, before he realises he is unwilling to live without ‘his creation’. But here the ending delivers an ambiguous and not entirely satisfactory conclusion for their unspoken connection.

Harry Haddon-Paton steps lightly into Rex Harrison’s slippers and almost makes the part his own, except that the sets and transitions make it virtually impossible to deviate far from the film’s template. Amara Okereke makes more of a feisty stab at creating her own Eliza Doolittle but loses some charm along the way and will not bear favourable comparison with Audrey Hepburn’s wholly gentle, astute and sympathetic film incarnation.

Of the other principal cast members, Vanessa Redgrave adds star pulling power but now looks too old and fragile to be Henry’s assured and long-suffering mother. As Higgin’s accomplice in the experiment to pass-off Eliza as a Duchess, Malcolm Sinclair manages a serviceable Colonel Pickering, whilst Sharif Afifi plays love-struck toff Freddie Eynsford-Hill as a buffoon with little vocally to commend his casting. Stephen K Amos as Eliza’s cockney father Alfred P Doolittle has struck lucky and gets two opportunities to lead the company in crowd pleasing renditions: With A Little Bit Of Luck in the first half, and I’m Getting Married In The Morning in the second.

The show is packed with beautiful, familiar tunes, but over all, lacks energy and anything new to say. See it for the sedate charm and nostalgia.