The Musical opened on Broadway on July 18 2018 and stayed for over a year. It is now in the West End of London with a full-blown transfer at the Piccadilly Theatre.

The feel good romantic movie was an International hit because of the two stars Julia Roberts and Richard Gere and the chemistry between them as well as the “Cinderella” story. The authors of the Musical wisely kept the elements that made the movie a hit and wrote a “Cinderella” Musical that is tuneful, romantic and funny. One of the book writers, J.E.Lawton, also wrote the movie’s screenplay.

The tuneful and enjoyable score by Bryan Adams (of the hit song (Everything I Do) I Do It For You) and Jim Vallance is actually very clever. They drew on the sounds and music of the ‘70’s (the Musical is set in the ‘70’s, evidenced by a scene in which a 1973 1.1 kilo mobile phone was used) and wrote a score that instantly establishes itself with us because of our familiarity with the songs of the period. The sound and style of Bryan Adams that gave him several hit songs clearly inspired some of the songs in the score, especially Freedom and You And I.

Amongst the score that is filled with tuneful songs, there is one that stands out particularly for its very enjoyable and clever choreography, On A Night Like Tonight. Although most of the songs could easily be hit songs, what sets this score apart from most other recent musicals is that the songs are mostly “book” songs, in that they grow out of the dialogue and develop the drama of the situation.

Vivian Ward (Aimie Atkinson) and her best friend Kit de Luca (Rachael Wooding) are streetwalkers on LA’s Hollywood Boulevard. They are late in their rent payment and are in danger of being evicted from their rented room. Edward Lewis (Danny Mac), the billionaire businessman lost his way driving to the Beverly Wilshire Hotel, meets Vivian on the street and he engages her services to drive him to the hotel. At the hotel, he decides to extend her services for the whole night.

The next morning Edward engages Vivian to be his companion and escort to various social and business functions for the whole week that he is in LA.

To conceal that fact that she is a call girl, she poses as his new girlfriend. However, he gradually falls in love with her, because there’s Something About Her.

Complications and relationship breakdowns manifest as Vivian encounters snobbery and moralization from Edward’s circle of friends and business associates.

Since this is a Romantic Musical Comedy based on a Romantic Comedy film, everything turns out fine and they dance the night away.

There is a very funny and entertaining side story involving the Hotel Manager (Bob Harms) who was a ballroom dancer and who might have amorous intentions towards the Bell Boy (Alex Charles).

It is a tough act to follow the charisma and chemistry of Julia Roberts and Richard Gere in the movie, but the amazing Aimie Atkinson (making her role debut in the West End, directly after her role in the Off West End hit musical SIX) and the handsome Danny Mac easily match them and manage to consign them to the distant past of our memory.

Aimie is perfect for the role. She is beautiful, resplendent in the “Red” dress, and with acting and singing abilities to match. She is equally as good with her tender lyrical voice as she is with her formidable belting voice.

Danny cuts a very handsome figure and is very much the billionaire who falls in love and becomes a better person. He has a very attractive tone to his voice that is perfectly suited to the sound and style of Bryan Adams’ songs.

Director and Choreographer Jerry Mitchell delights and impresses with his clever and inventive choreography and his solid but entertaining direction.

As with the movie, it’s a perfect date “musical” for young lovers. 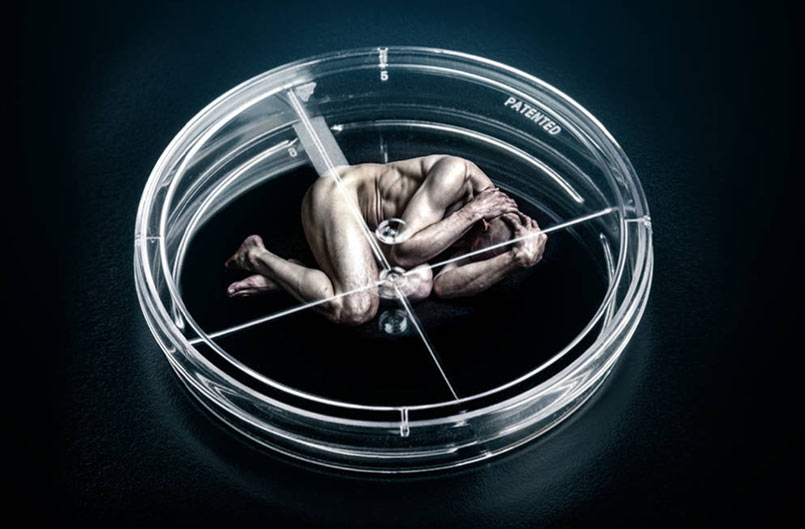 Review: A NUMBER at the Bridge Theatre 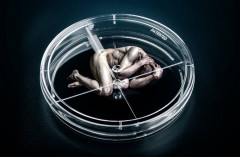 The play, the playwright, the players and the director, are all possessed of proven pedigrees. So why doesn’t this re-imagining of Caryl Churchill’s groundbreaking 2002 exposé of cloning, feel more substantial and relevant?