Review: ANATOMY OF A SUICIDE at the Royal Court 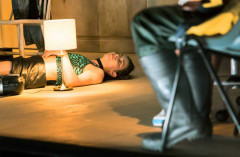 Anatomy Of A Suicide is part of the Royal Court's Jerwood New Playwrights programme. The complex style in which the play is written by Alice Birch is skilfully directed by Katie Mitchell as it smoothly transitions between the lives of three women who remain on stage almost throughout the entire play.

We are introduced to Carol, Anna and Bonnie, who we discover are mother, daughter and granddaughter, each with deep emotional issues, inherited from the devastating result that both mother and daughter committed suicide. Bonnie the granddaughter, struggles with her own relationships and returns to her family home where both women had died. She works on trying to connect with her past and to make some hard decisions as to whether to stop the cycle that she may have inherited.

The play is written and played like three plays in one, with dialogue and scenes overlapping and switching back and forth through different periods in time. There were moments where I felt I was invested in one scene more than another and that I may possibly have lost subtle moments from another side of the stage, but on reflection I think the direction led us to focus where the writer had intended.

All the costume and set changes are made in slow motion on stage giving the audience the feel of a perfectly choreographed dance. The sound design by Melanie Wilson adds both realism to the scenes and builds an uneasy atmosphere in key moments.

The strong cast works together as an ensemble with particularly moving performances from Hattie Morahan, Kate O'Flynn and Adelle Leonce as the three women.

When their house is finally revealed at the end we, the audience feel the light flood in and the weight from Bonnie lifted as she is able to finally put her past to rest. 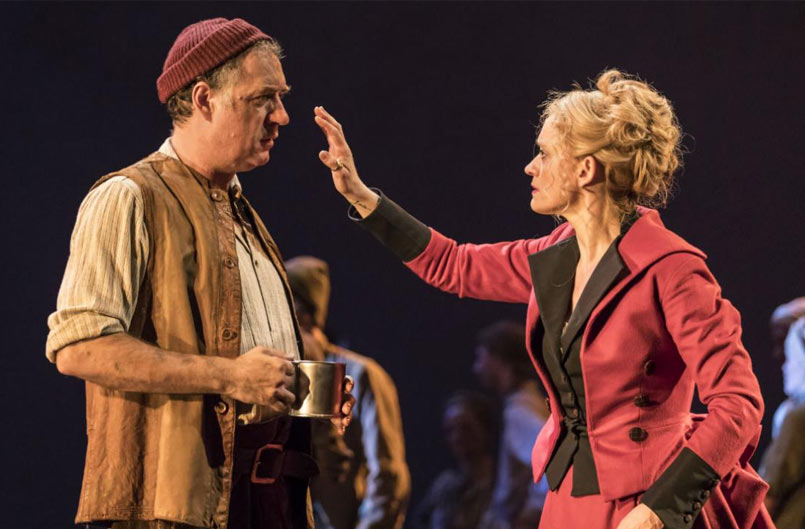 Review: COMMON at the National Theatre 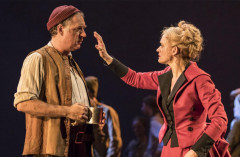 What an enticing prospect. Cush Jumbo and Anne-Marie Duff, young women who, in recent years, have firmly established themselves as two of the finest actors of their generation starring together in a big, new play on the massive Olivier Theatre stage; a venue which has frequently proved itself as the perfect crucible in which to examine our national identity.