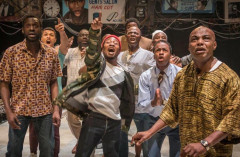 Following two sell out runs at The National Theatre and a world tour Inua Ellam’s epic multi-continental story Barbershop Chronicles arrives at The Roundhouse and if there ever was such a thing as ‘the hottest ticket in town’ this is it.

Set in barbershops in London, Lagos, Johannesburg, Kampala, Accra and Harare, Barbershop Chronicles examines the themes of black masculinity, colonialism, apartheid, dictatorship and fatherhood. There is a lot to unpack in this nearly two hour production. Inua Ellams attacks all of those massive themes with craftsmanship and care, as his characters live and breathe the authenticity he creates. There are a lot of lessons to be taken from Ellam’s writing but none of these are didactic, he is simply telling a story. Writing like this does not come around too often and it is the political within Inua’s words that reminds us what theatre really is for.

This production could serve as a great example of what the power of a good ensemble can achieve. All of the actors present on stage are completely embodying the world of the play, many of them multi-rolling. The fast paced energy of the piece calls for a unison of the performers and on that they deliver fully.

Barbershop Chronicles could easily become a naturalism driven production but Bijan Sheibani’s direction lifts Ellam’s word off the pages with the right dose of theatrical magic. The various segments are connected through the use of music, dancing and singing, as well as a choreographed barbering sequence. The way Sheibani reminds us that theatrical conventions are there to be broken is present from the very beginning of the show. As the actors welcome the audience and invite them to dance with them on stage the whole of The Roundhouse becomes alive. Barbershop Chronicles is a triumph. Buy your ticket! 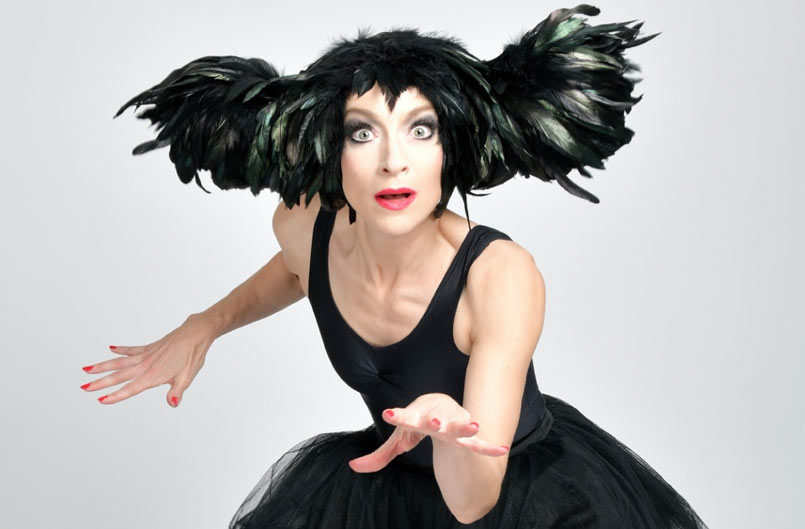 Review AN EVENING WITHOUT KATE BUSH at the Museum of Comedy 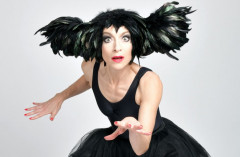 This show celebrates the music and very unique talent of Kate Bush, but its narrative focus is on her fans. That is not to say that Sarah-Louise Young does not give a fantastic rendition of Kate.