Review: COMPANY at the Gielgud Theatre

As we predicted the modernised version of Sondheim’s 1970s musical COMPANY has enjoyed a triumphant opening night and a raft of five star reviews approving of the radical step of changing the central character (usually Bobby) to a female one (now Bobbie). 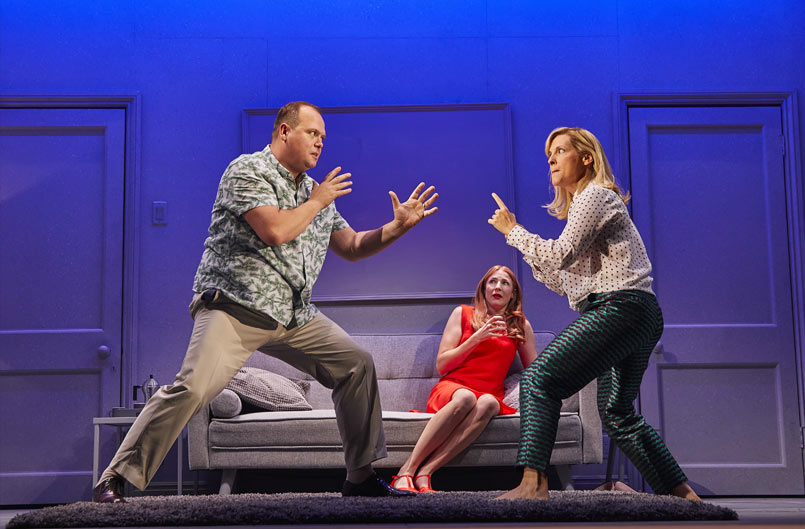 COMPANY was already established as a classic from that most beloved and revered of musical theatre writers. In this production the celebrated director Marianne Elliot (WAR HORSE, THE CURIOUS INCIDENT OF THE DOG IN THE NIGHT TIME) demonstrates nothing less than genius in the way she’s overseen the update of the vintage material so it sits very convincingly in the here and now.

The central character (played by the strikingly beautiful Rosalie Craig in fine, expressive voice) is single and dreads the “surprise” birthday party her married friends are likely to throw for her. During the course of the evening we get a series of little flashbacks showing her relationship with these couples (in the new version, gay and straight) who use her as a sounding board for their marital problems whilst at the same time expressing concern about her single life. These chapters are interspersed with scenes of Bobbie’s unsatisfying dates.

It contains a raft of witty and insightful songs about relationships including the iconic LADIES WHO LUNCH, sung by the cynical, waspish & rich Joanne (Played by Broadway legend Patti Lupone) in a show-stopping scene and Bobbie’s BEING ALIVE, an anthem for lonely singletons.

I saw a late preview and loved how the lyrics and musical arrangements had been subtly updated to make everything feel contemporary. A scene of wedding day jitters works very well when played out on the morning of a gay wedding and is as funny as always.

Director Elliot also brings a brilliant ALICE IN WONDERLAND feel to Bobbie’s journey through Manhattan matrimony. In one scene the balloon numbers 35, bought to celebrate her birthday, grow so gigantic as to squeeze her out of her apartment. Each encounter with friends or dates is accessed through a series of doorways of varying sizes as sets glide expressionistically into view as if she’s travelling through a dream. Strikingly Bobbie also sees glimpses of her double until in a superb piece of choreography the stage is full of identically dressed Bobbies cascading through a joyless marriage of routine and babies.

For me the 1970s philosophy of the piece, which still concludes in its climactic song that “Alone is alone, not alive” is troubling. I don’t think anyone still believes that a woman is incomplete without a husband.

But don’t let that put you off. This is a five star, gold plated hit that looks bound for award winning glory here and on Broadway. It’s tough to get a ticket but well worth turning to crime to secure one. 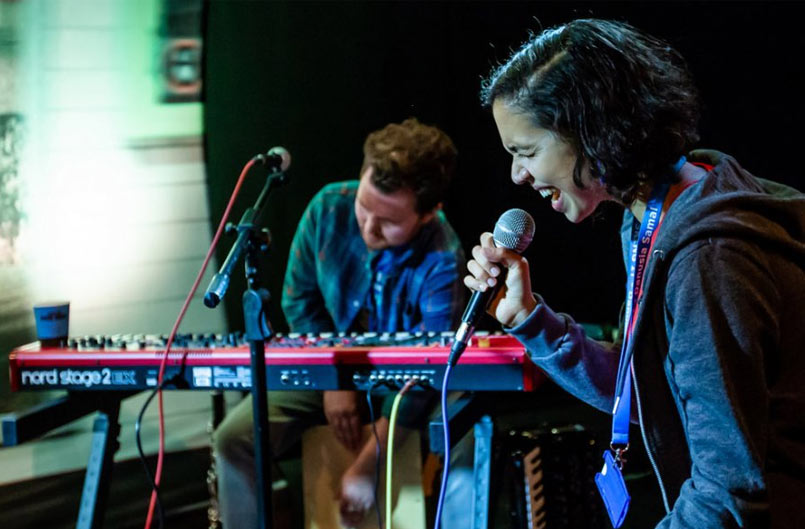 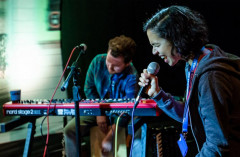 How many times have you walked past a busker? Have you ever been so affected that you’ve stopped and listened, or do you turn up your own music and rush on? Busking It, written and performed by Danusia Samal, mixes music, anecdotes and a bit of artistic licence to share some of her experiences of ten years of busking in London tube stations. It provides a compelling insight into this ‘underground’ world.