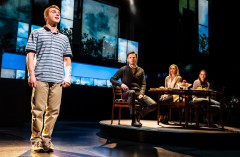 Here is a new musical that is original and not based on any movies, plays or books. The score is exceptional and instantly appealing. What makes it special is that although the score is “pop” in style and sound and whilst the songs can be stand alone “pop” songs, they are entirely theatrical in that they grow out of the dialogue and remain part of the drama as in traditional musicals.

The story revolves around how an innocuous lie affects the lives of everyone in the story. It also poses the profound question of whether to maintain the lie and keep everybody contented, comforted and at peace or to tell the truth and destroy everything. Another strand of the story points out the danger of how easily the manipulation and exploitation of social media can influence and recruit people to join cults.

Sam Tutty, became an overnight star playing Evan Hansen in London, as was Ben Platt who became an overnight star on Broadway. Evan Hansen is a lonely teenager who suffers from social anxiety. One of the tasks for his treatment is to write a letter to himself each day. On the day that he writes his letter, he starts it with the usual, “Dear Evan Hansen” and signs it “Me”. In it he writes about how lonely he is and how he wishes that his life can be different and to get close to Zoe Murphy (Lucy Anderson), whom he fancies. Zoe is the sister of the school bully, Connor Murphy (Doug Colling). Zoe and Connor are the children of the rich parents, Cynthia Murphy (Lauren Ward) and Larry Murphy (Rupert Young). They are all at odds with each other. The parents despair for Connor who is a loner with no friends and whom Connor hates. Evan and his friends Alana Beck (Iona Fraser) and Jared Kleinman (Jack Loxton) are also loners but they have each other's friendships. Evan's mother, Heidi Hansen (Rebecca McKinnis) struggles with several jobs simultaneously to keep them financially afloat.

On this fateful day, Connor happens to be by the printing machine when Evan prints out his letter. He picks it up and pockets it and starts to taunt and bully Evan. Connor then commit suicides and his parents found the “letter” in his pocket. On reading it, they mistakenly think that Connor wrote the letter to Evan. They take comfort and solace from thinking that Connor had a best friend and track Evan down to tell him how much they appreciate knowing that Connor did have one close friend. They start to embrace Evan as their son and to pamper him. The lie is now told.

Michael Greif who is the award-winning director from the Broadway production repeats his fluid and excellent direction of Steven Levenson's complicated but always engrossing and interesting story and dialogue. Danny Mefford's clever and imaginative choreography for the Broadway production is reproduced beautifully here in London. To complete and compliment the brilliance of everybody's contributions to this extraordinary and wonderful musical is the orchestrations of Alex Lacamoire. It is a testament to the versatility of Alex's talents that he gives us the most serene and lyrical as well as the most full “pop” sounding songs with just 8 musicians, completely different from his orchestrations for the musicals HAMILTON and IN THE HEIGHTS.

Is the “lie” maintained or the truth told? To find out, you will have to go and see the best musical to have been written in the last ten years. A five star recommendation. 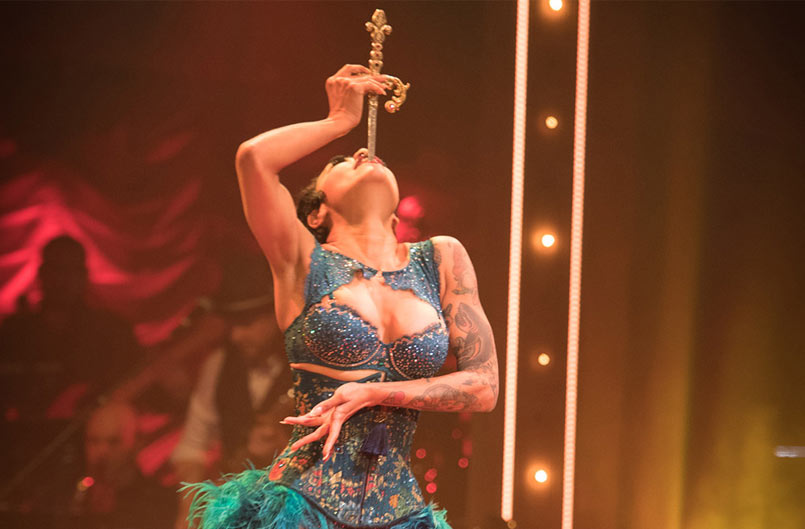 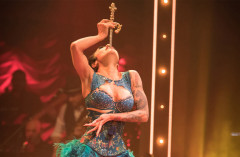 Leicester Square once again hosts a wintertime Spiegeltent in which you'll be transported to the magical, dazzling, playful (and pretty sexy) world, of the multi-award-winning international performance troupe La Clique.