Review: DEATH OF ENGLAND at The National Theatre 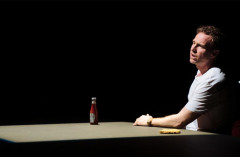 Rafe Spall delivers a highly skilled performance in Roy Williams and Clint Dyer’s DEATH OF ENGLAND. The monologue reflects at large on why Great Britain finds itself in the current political situation and no doubt for many will present as a highly charged piece of political theatre.

Yet, despite of the compassionate and insightful writing, Spall’s performance and Dyer’s sharp direction, this National Theatre production never quite pushes beyond mirroring the state of the nation.

DEATH OF ENGLAND starts with a set of little vignettes that give us an insight into Michael’s life filled with binge drinking, one night stands and drug taking. Spall throws himself around the stage, and brakes the fourth wall pretty quickly. The direct address towards the audience allows for us to be taken on this roller-coaster full of grief, toxic masculinity and the complexities of father and son relationship. Grief stricken Michael, exposes his late father for a racist who fell for populism and nationalism, and whilst doing so, doesn’t shy away from critiquing the Essex community he grew up in.

Clint Dyer directs with vision and puts a huge emphasis on the complexities behind Michael’s words. At times the production could allow to commit a bit more to playing with the non naturalistic set designed by Sadeysa Greenaway- Bailey and Ultz. It is in those highly visually moments that the piece feels most fulfilling and imaginative. There’s a lot to be said about how strongly DEATH OF ENGLAND is supported by a great team of designers and how much Spall’s physicality and Lucy Cullingford’s movement direction differentiate it from usual one man shows.

Both Williams and Dyer write about current British politics with eye for detail, kindness and compassion. There’s a true sense of wanting to understand why the country has moved so much towards the right. In the end DEATH OF ENGLAND is a fascinating attempt of dissecting the British society yet it never moves beyond dissecting and provoking questions or imagining change. 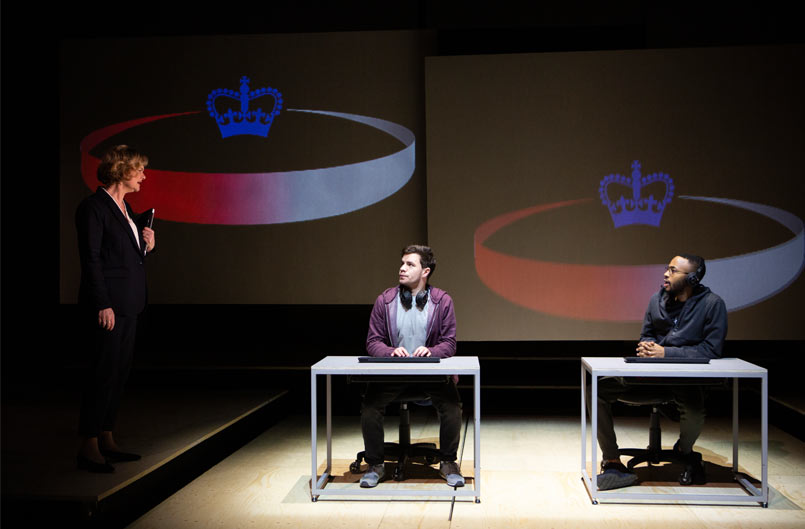 Review: THE HAYSTACK at Hampstead Theatre

The new Artistic Director of Hampstead Theatre Roxana Silbert, marks her directing debut for the house with a scorchingly delivered exposé of our national security eavesdroppers and what happens when their unfettered access to personal data, reveals more than they expect.