Review: THE GOOD, THE BAD & THE FIFTY The 12th Annual London Improvathon 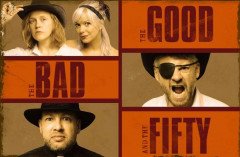 For the twelfth year running, The Annual London Improvathon is taking over Wilton’s Musical Hall for a whole weekend of improvisation. Starting at 7pm on Friday and running straight through until Sunday night.

A twenty-strong ensemble are taking part in this marathon performance. The weekend is divided up into ‘episodes’, each lasting two hours, with twenty-minute intervals for the actors to take toilet breaks and presumably to inhale snacks. Having only been present for the first few hours of this epic, it boggles the mind to think the actors, musicians and tech crew are still powering on for at least another 24 hours.

The theme for this year’s improvathon is ‘The Wild West’ which is definitely a category that lends itself to some fantastic accents. Although the genre wasn’t one that I am greatly familiar with, all the classic tropes were there; the new sheriff in town, the not-so-innocent pastor’s daughter, the owner of the saloon constantly wiping glasses with dirty dishcloths and so on. Each performer took on a classic Wild West character and the Master of Ceremonies introduced every scene with a basic narrative set-up. Every single performer brought something to the table and there was humour in almost any combination of characters. No matter who was called up, the audience knew they were in safe hands. As is often the case with improvisation, the best comedy came from totally organic moments where the actors played off misunderstandings or set up mini-challenges for each other. Trying to get another performer to explain even the smallest amount of American history was a running gag throughout the night. A brilliant moment came when the MC established a church scene in which “every member of the cast will sing a hymn in complete unison” which led to a beautiful rendition of ‘The Lord’s Creek Floweth Like Water’ – delivered totally in sync and 100% improvised.

The very nature of this type of theatre makes a traditional review quite a tricky endeavour. Every moment was unique and original but also ephemeral and fleeting. What happened on stage in front of our audience will never happen again and that is why it was so brilliant. The organisers have a really sleek set-up and the solidness of the performers creates an almost infallible combination. That being said, we don’t know how the 4am Sunday morning episode turns out. 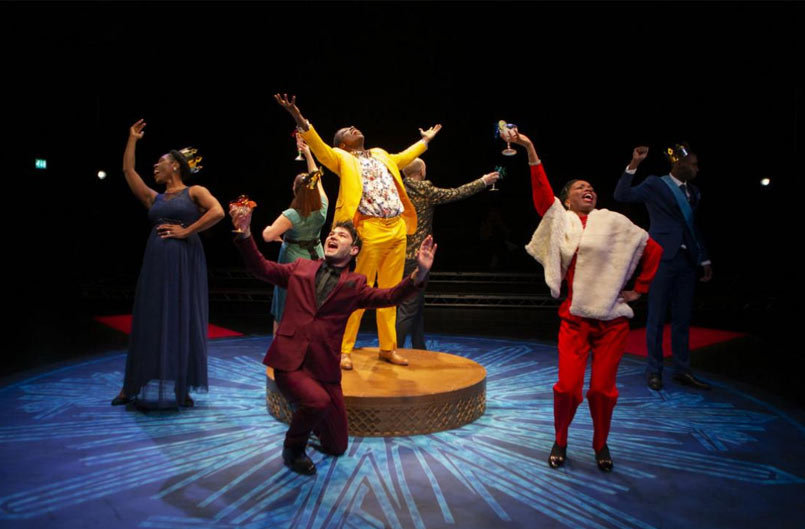 Review: THE WINTER’S TALE at the National Theatre 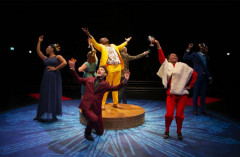 When looking to introduce children to Shakespeare, The Winter’s Tale might not seem like an especially sensible place to start. Despite its universal themes (love, forgiveness, jealous), its focus on young people, and the famous bear-based stage direction, the play’s wildly convoluted plot is enough to leave any audience utterly perplexed, no matter their age.