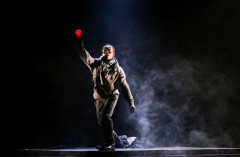 Following the success of its tour in 2017, tiata fahodzi company revives Arinze Kene’s GOOD DOG. A story about the reality of living in austerity Britain, explored through the prism of one boy’s adolescence, GOOD DOG is full of sensitive observation and vivid images. Although not without its flaws, the production is a roller-coaster of storytelling, and further proof that Arinze Kene is quickly becoming one of the most crucial voices in contemporary British theatre.

Boy (Kwaku Mills) believes that good things happen to good people. He believes that he will finally get that bike he’s been wanting, for as long as he will stay good. The world around him is changing though, divisions grow deeper, and growing up becomes about survival.

There is a lot in this over 2 hour production to unpack. Kene’s ability to so acutely describe the experience of inner city London’s multicultural community through the usage of rhythm and language is beautiful and at times GOOD DOG feels like a stream of consciousness, its flow taking us on a journey which ends during the 2011 London riots. As an audience, we cheer for the unnamed Boy to stay naive for as long as possible, knowing that inevitably not getting left behind is not a choice, but in this unequal society it is a privilege.

Kwaku Mills is a very charismatic performer and although you can see the amount of work and focus the text requires he eases through it. His portrayal of the older Boy in the second act of the play gives him a lot of gravitas and control over the story, making his performance more naturalistic and intimate.

Unfortunately the execution of the show is really uneven at times, completely misreading the rhythm and tempo of the piece. The passing of time is symbolised by long in between scene transitions which sadly break the tension and last far too long, whilst the use of music rarely suits the ambience of the moment. Director Natalie Ibu uses pre-recorded voices to portray the many characters in the story but these feel and sound very cold and jarring, almost as if they were completely removed from the aesthetic of the piece.

References to the early naughties are present throughout the piece and Kene really succeeds at taking us on a journey through many years and many moments in a community like no other. The production would benefit from a more clear dramaturgical direction, as at over two hours long it feels like there is space for improvement regarding pace, but it is nevertheless another success for tiata fahodzi. 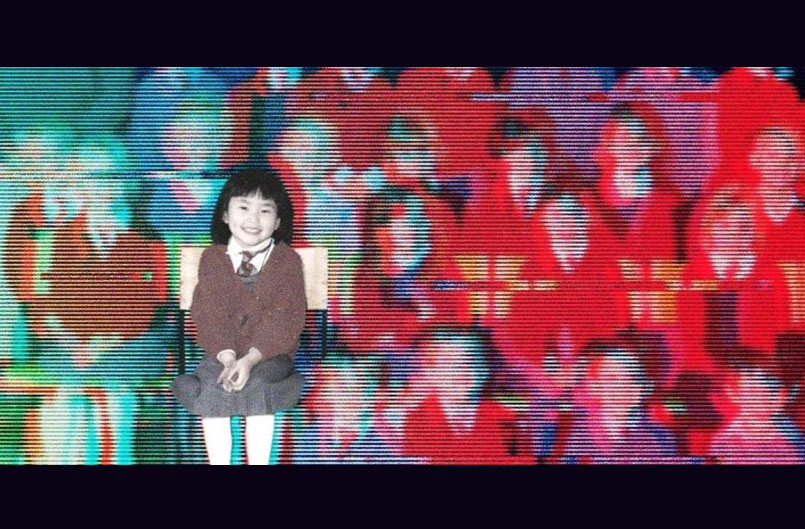 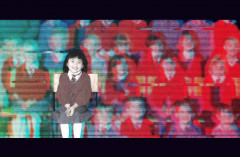 Presented as part of the inaugural Chinese Arts Now (CAN) festival but extending its run for Camden People's Theatre's Spring season, Jennifer Tang's excellent Ghost Girl // Gwei Mui 鬼妹 deserves as large an audience it can get.