Review: JELLYFISH at the Dorfman Theatre

A collaboration between writer Ben Weatherill and director Tim Hoare, JELLYFISH started life at the Bush Theatre in 2018 and has now been given a well-deserved additional short-run at the Dorfman, on the Southbank. 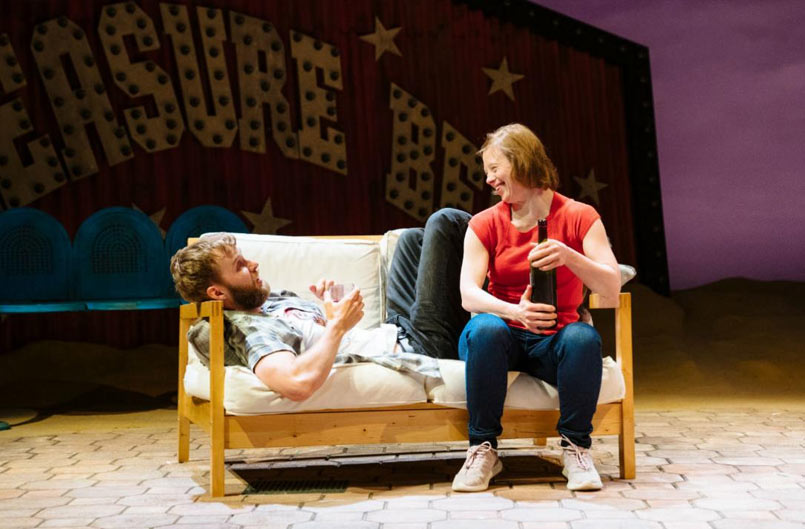 It tells the story of Kelly (Sarah Gordy), a mid-20s girl with Down’s Syndrome who lives with her mother in the coastal town of Skegness. When Kelly meets a sensitive, geeky lad Neil from the penny arcade (Siôn Daniel Young), an unusual and touching romance begins to bloom over their regular seafront chip dinners and visits to the local sea life centre. But the heightened fears of an overly protective mother (Penny Layden as Agnes) who perceives an unwholesome and unnatural connection, soon causes her to confront Neil in a bid to scupper the burgeoning relationship, assuming it to be abusive.

Such a premise could have resulted in a tortuous, even tedious melodrama, but thanks to the cracking one-liners, thoughtful direction and beautifully perceptive performances from each of the four players, it delivers a wonderful evening of subtle and thought-provoking entertainment.

One of the funniest scenes involves Agnes’s attempt to introduce her daughter to a more suitable potential mate (one with a diagnosed disability - in this case Asperger’s). Nicky Priest’s deadpan delivery of Dominic, together with his near perfect comic timing, mark him out as a young performer to watch.

Designer Amy Jane Cook has kept the town’s jaded seafront relatively simple and her set accommodates the various scenes admirably, but the stage crew are much in evidence moving various furniture around, which could perhaps benefit from a re-think. Sound designer Ella Wahlström deserves mention for her skilful evocation of the expected seagulls, seaside carousel and crashing waves, but also for a few other subtly realised enhancements to the various scenes (which this reviewer won’t spoil by revealing here).

The limited run only lasts until 16th July, so grab a ticket while you have the chance. 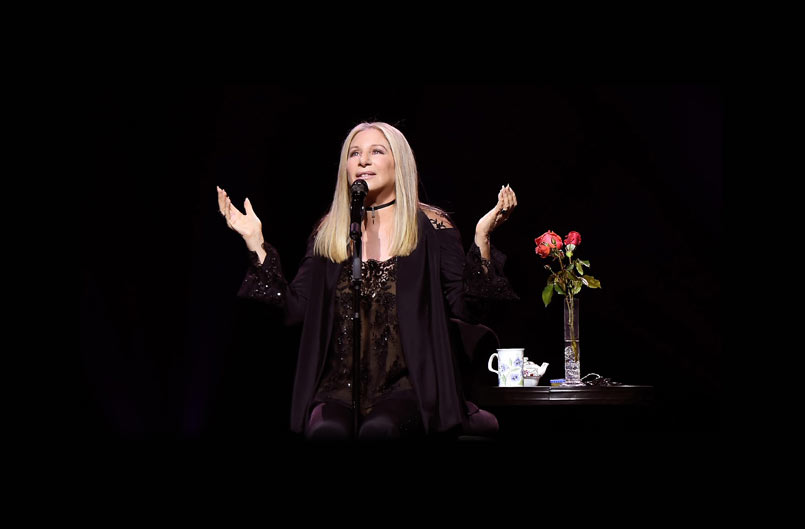 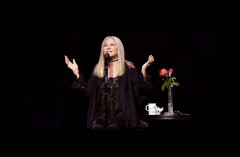 Sunday evening to Hyde Park, to see the legend that is BARBRA STREISAND in the latest of a series of Barclaycard sponsored BRITISH SUMMER TIME concerts. But OMG what a sloppy effort!