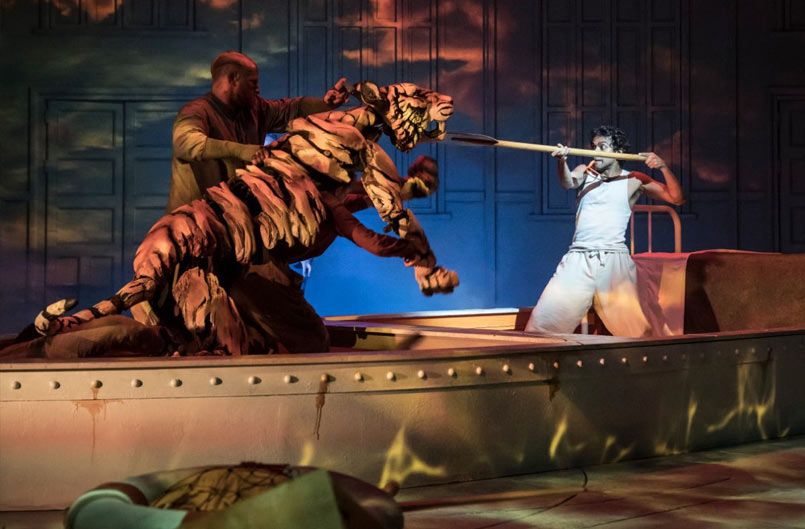 Due to political instability, a Tamil Indian family uproot their zoo in Pondicherry and are in the process of relocating to Canada when their transportation ship sinks in a storm. Pi Patel along with various animals are the only survivors of the tragedy and learn to co-exist (or die) during 227 days at sea aboard a small lifeboat.

As with the book, the metaphysical and spiritual elements of the story are explored throughout the play, but it is the astounding choreography of performers, puppeteers, sharply timed set manoeuvres and projections which will dazzle audience members above all else. In a cast of otherwise two-dimensional performances, special mention must go to Hiran Abeysekera in the title role of Pi who throws himself energetically around the stage amidst the constant carnage and chaos, only ever coming to rest during the hospital scenes where he recounts his tale to a confounded shipping investigator.

The technical wizardry alone is worth the ticket price, but don’t expect to have your heartstrings tugged. For that, you’d be better-off watching Ang Lee’s 2012 film adaptation. 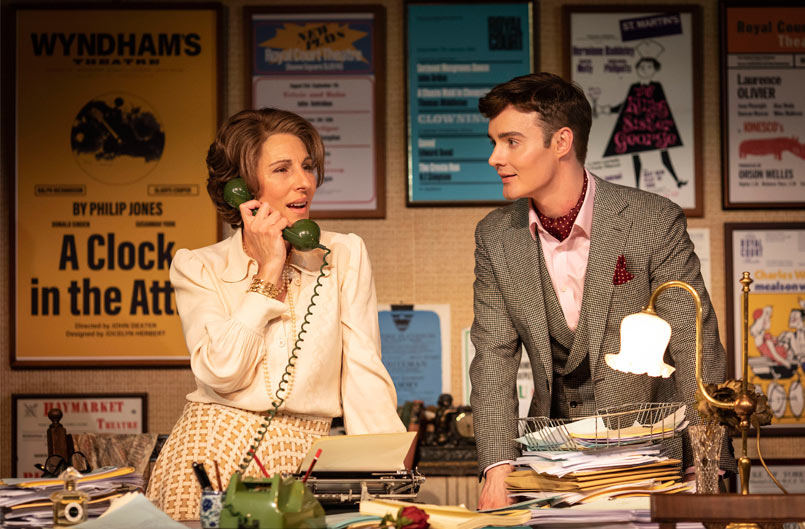 Review: PEGGY FOR YOU at Hampstead Theatre

Amidst the dire predictions for theatre’s immediate future (due largely to the unwelcome spread of the omicron variant), there remain fantastic causes for optimism. One such ray of hope, is Tamsin Greig’s superlative turn as the extraordinary Peggy Ramsay (the once formidable power broker to the literary set). Greig literally inhabits and hypnotises as the title character in Hampstead Theatre’s revival of “Peggy For You” under Richard Wilson’s masterful direction.

Tamsin Greig and Jos Vantyler in Peggy For You - © Helen Maybanks