Review: THE MARRIAGE OF FIGARO at ENO London Coliseum

The lasciviously amorous Count Almaviva, rejects his wife and abuses his position in a bid to bed Susanna on the day of her marriage to his manservant, Figaro. 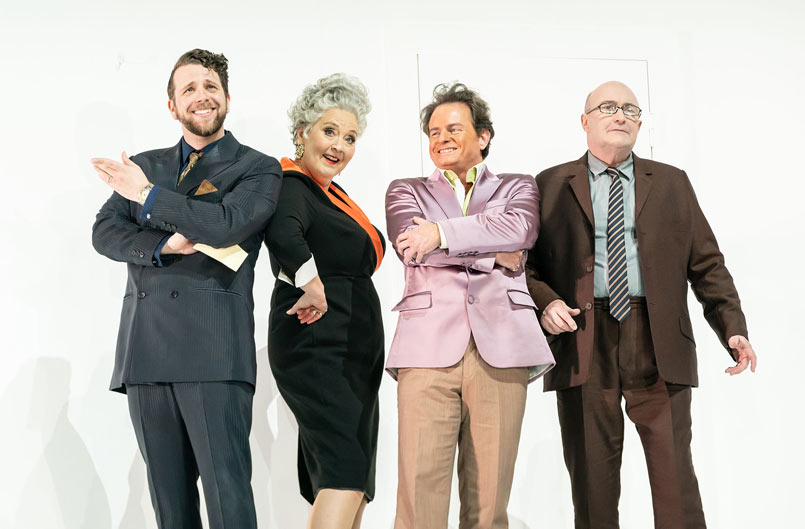 Mozart’s comic opera seems far from amusing when the plot is outlined in such terms - especially in a week when Harvey Weinstein has been sentenced to 23 years imprisonment for imposing himself on women and abusing his position of power. But the real comedy and moral core of the piece, lies in the wonderfully resourceful shenanigans of the Count’s household staff, who — in cahoots with his wife — determine to neutralise their master’s bad behaviour and teach him a harsh lesson. And thus, the many overlapping elements of subterfuge begin to play-out in earnest.

The women not only get the better of the situation in the story, but on Press Night they easily bested the menfolk in terms of performances. Those cast members demonstrating particularly notable acting and vocal prowess, were female, with Louise Alder eclipsing all-comers as a modern, sassy and vivacious Susanna -(“Women of my class don’t use aspirin”, was delivered to devastating effect). Her lyric soprano spotlighted exceptional technique, power and finesse coupled with an innate comic subtlety. A strong and illustrious career lies ahead and if she returns to ENO — for say, a stint as Handel’s Semele or as Romilda in Xerxes — I shall be first in line for a ticket. Meanwhile, Hanna Hip treated the Coliseum audience to another confidently modern interpretation with the very physical embodiment of a rascally adolescent. Her testosterone-infused, swaggering Cherubino, was a mezzo joy.

Jonathan McCullough played safe with his vocally capable Almaviva, but his characterisation would have benefited from ramping-up the oily charisma and ratcheting-down the indignant facial mugging. Božidar Smiljanić in the title role, similarly underwhelmed in the acting stakes by working against his own considerable physical stature, but he gave a confident performance vocally.

The white box set with 4 doors by Johannes Schütz led to a fairly predictable, Chaplin-esque farce during the overture, but later came into its own, allowing the audience to focus all their attention on the performers’ storylines without the usual period clutter. Astrid Klein’s costumes were chic and stylish (adding especial visual panache to the second-half scenes). Joe Hill-Gibbins’ direction ensured the chorus rarely pulled-focus (which is always a boon in opera productions) allowing the principals to neatly realise the story’s comic potential and the ENO orchestra did a sterling job of the many notes under Kevin John Edusei’s unfussy baton. 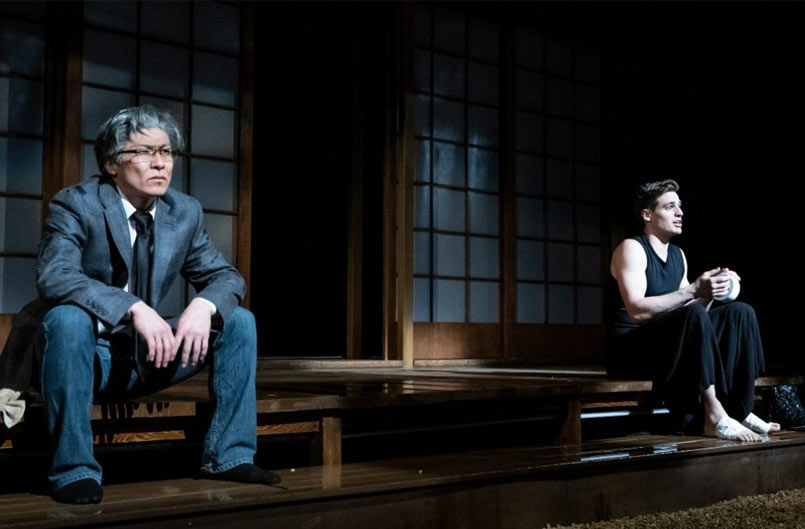 Review: THE SEVEN STREAMS OF THE RIVER OTA at Lyttelton Theatre (National Theatre) 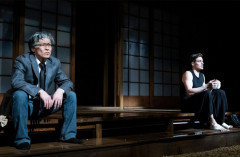 More than 25 years have elapsed since French Canadian auteur Robert Lepage launched his multi-dimensional epic THE SEVEN STREAMS OF THE RIVER OTA on an unsuspecting but largely appreciative Edinburgh audience.