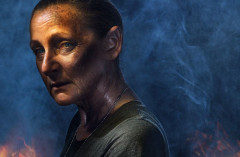 Sophocles’ Philoctetes is given a new version in a re-imagined production by the National Theatre. The new version is by Kae Tempest, re-imagined for the stage by Ian Rickson now renamed PARADISE. It promises to be a bold cutting edge play and production for the contemporary audience.

On paper, the premise of commissioning singer songwriter/poet, Kae Tempest, to adapt Sophocles’ Philoctetes and another singer songwriter ESKA to contribute to the “chorus” commentary and also play the leader of the chorus, who is now known as Aunty, seems bold, inventive and daring. It is certainly a daring gamble to entrust two novices to write a new version of a play by one of the “fathers” of the theatre. It is therefore, sad to report that the gamble has not paid off.

Sophocles’ fable was about the tragedy and futility of War, men’s political ambitions and corruption. It tells the story of how the hero Philoctetes, having participated with his Archery skills in the Trojan War was bitten by a snake resulting in a festering wound on his leg and was abandoned on an island.

Odysseus, whom Philoctets hated, commanded the young soldier Neoptolemus to trick Philoctetes with stories of Philoctetes’ father’s (Achilles) armor, that was rightfully his, being held by Odysseus to entice him out of his self imposed exile to return with them to the mainland. The main reason for this fraudulent action was to get his bow and arrow that were needed to win the Trojan War.

Kae Tempest new re-imagined play has reduced Sophocles’ fable into a mish mash of various political issues and the trials and tribulations of being women.

This is an all-women production. The gender swop adds nothing to the proceedings or the drama of the play. In fact it compromises the acting prowess of the three actresses who have to dress up as men and exaggerate every bit of their movements and speeches, much like the recent misguided RSC gender swopping THE TAMING OF THE SHREW. There is no reason why this should be an all-women production.

The “Chorus” in Sophocles’ play whose function was to inform and comment on the plot and moralities of the three characters is now a group of gossiping women, surviving on a desolate war torn island that was once a “Paradise”. They spend their time gossiping on trivial matters daily, occasionally mentioning the war. They are led by Aunty (ESKA) who does most of the commentary of what’s happening by singing the songs written by her. Sung lyrics are often difficult to grasp and discern on first hearing, and so most of what Aunty was singing about is mostly lost to the audience.

This adds to the unfocused writing of Kae Tempest that touches on various subjects ranging from Brexit (“You’ll get a new passport” “You’ll have freedom of movement”), materialism (“Flat Screen TV, iPhones etc.”) and the sorry state of Britain (a long monologue rant by Philoctetes as to why he would not want to return home to Britain with Neoptolemus).

Tempest also unwisely wrote her own ending to the play by introducing, out of nowhere, a love interest for Philoctetes and a new ending in which “history repeats itself” when Odysseus gets his leg poisoned and drags himself to Philoctetes’ cave to go into exile.

Of the three actresses who play the men, only Lesley Sharp (Philoctetes) makes an impression. However she mostly growls, shouts and swears in as deep a voice as she can muster. Mercifully, Lesley Sharp, Anastasia Hille (Odysseus) and Gloria Obianyo (Neoptolemus) did not resort to thigh slapping to invoke masculinity.

Despite their diversity the chorus are otherwise under-characterised and interchangeable as they gossip about trivial things (from comparing their husbands sexual organs to cooking breakfasts). One laugh out moment does occur from the women’s preoccupation with food. It happens when they suggest various ingredients such as Pepperoni and onions to apply to Philoctetes’ leg wound, to which he retorts “I am not a fucking Pizza!!!!”

The bold and experimental idea of giving two young novice playwrights the tasks of re-writing a classic Greek play did not ultimately deliver as hoped for. And surprisingly, given that the project addresses the need for more women to make work on the Olivier stage, the National Theatre has put the predominantly young female creative team under the overall charge of a middle-aged man, director Ian Rickson. 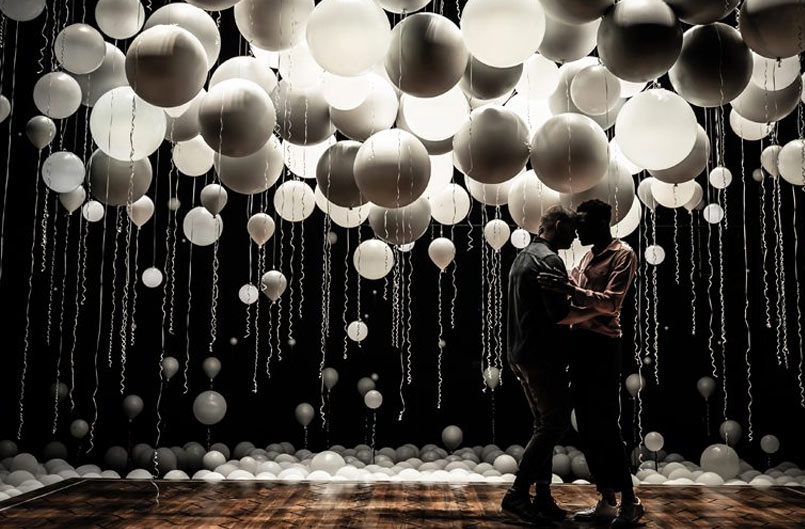 Review: CONSTELLATIONS at the Vaudeville Theatre 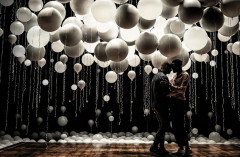 As the West End gently reawakens, after the devastating restrictions imposed by lockdown, there’s perhaps a greater need than ever before for subtle, life-affirming, human interaction stories — and this is among the very best.