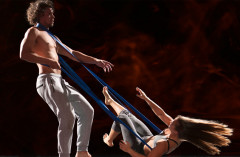 Shoreditch Town Hall is one of those grand chambers which once housed political debates, but since it’s revamp 7 years ago, has found a solid place in the exciting arts and events scene in East London.

The internationally renowned Barely Methodical Troupe have taken-up residency until 18th May with SHIFT (their follow-up production to BROMANCE which previously wowed London audiences).

Set on an elevated platform, the four members of this tightly-knit collective - Louis Gift, Beren D’Amico, Esmeralda Nikolajeff and (the aptly named) Charlie Wheeller - deliver a show which is both a display of power-based explosive acrobatics and sensually choreographed dance.

Under the direction of Melissa Ellberger, they have created a solid collective, clearly bonded by love, trust and respect. This continuously shows in their routines which display a natural gift for comedic interplay rarely realised as sweetly and imaginatively as they are here on a simple raised platform. Giant rubber bands form the basis for much of the movement, which ranges from a sinisterly manoeuvred marionette section to a skilfully devised and delightfully daft, Elvis number. Wheeller’s giant spinning ring routine (did I mention he was aptly named) is a breathtaking show-stopper.

The whole is often funny, sweet, beautiful, skilful, sexy, imaginative, strong and shot-through with moments of jeopardy and interplay which keeps the audience entirely engaged throughout. Tickets are a bargain compared with West End shows, so if there are any still available, this reviewer strongly urges you grab one. 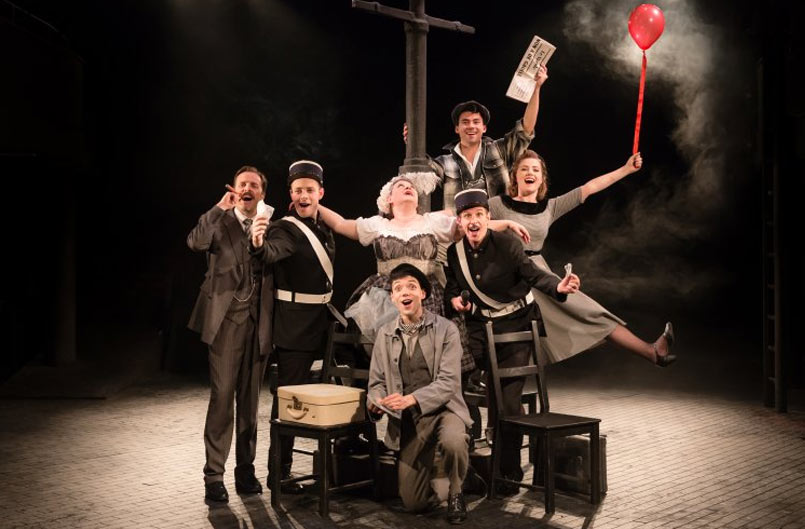 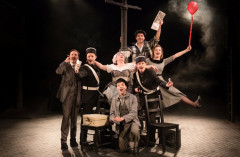 If, like me, you have a sweet tooth you’d do well to escape the Brexit and climate change blues and head to the Charing Cross Theatre where they’re serving a two hour theatrical confection as light and insubstantial as spun icing sugar.