Infused with a genuine affection and compassion, this theatrical version of the late Andrea Levy’s most celebrated, multi-prize winning novel, is a fitting tribute to the author, who died on St Valentine’s Day this year. 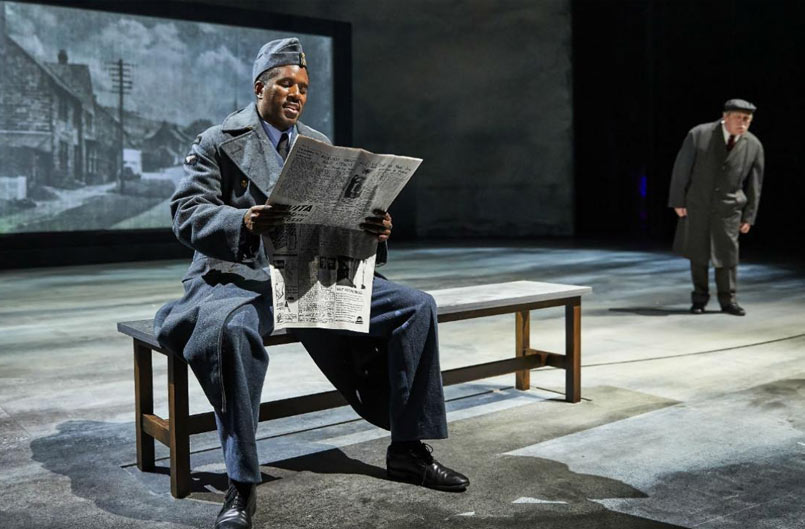 For the stage adaptation, (which has just opened at the National Theatre under the direction of Rufus Norris), Helen Edmundson has worked a near miracle by condensing the sprawling original source material down to a barely adequate 3 hours. Yet, the production manages to acquit itself admirably, (despite occasional lulls in tempo) and more than does justice to the wonderfully interwoven humanist stories of Jamaican and English lives, drawn together during, and just after the war.

Leah Harvey (a marvellously effective, prim and starchy Hortense), Aisling Loftus (the romantic, open-minded and practically resourceful Queenie) and Gershwyn Eustache Jr (the realistic but ever-optimistic idealist, Gilbert) lead a 40-strong company on an Olivier stage, which has benefited from imaginatively realised other era projections from Jon Driscoll on a stylised set design by Katrina Lindsay (who also nails the period detail with her costumes). The result is sensitively evocative, but never diminishes the shocking ignorance and racial hostility faced by black servicemen during the war years, and upto the arrival of HMT Empire Windrush in 1948.

In England - a once proud global superpower diminished by war - Jamaican immigrants, assured of welcome and hopeful of forging a better life in the motherland, face the harsh reality of a nation where the lowliest of the white working classes relish their marginally superior status in the pecking order, due to their socially superior white skin. Clashes are inevitable, but so too are unexpectedly tender connections.

Other notable cast members include: Beatie Edney - who adds an absurdly amusing level of flounce and flourish to her brief stint as Aunt Dorothy, whisking Queenie away from the drudgery of the family Lincolnshire pig farm, to the bright lights of a London confectioners. C J Beckford as Michael - the laconically handsome, new generation philanderer and challenger to his minister father’s religious mores. Andrew Rothney as the anxious, emotionally stilted and socially awkward Bernard and David Fielder who provides some genuinely moving moments as Bernard’s shell-shocked father Arthur.

The unadulterated parallels with Britain today are hard to ignore and add poignancy and relevance to the timing of this production. After all, if we cannot learn from past mistakes, what sort of future can we expect?

This critic urges you to attend a performance, but it should be noted that for those who cannot make it to the Olivier in person, there will be a National Theatre Live performance in cinemas nationally on June 27. 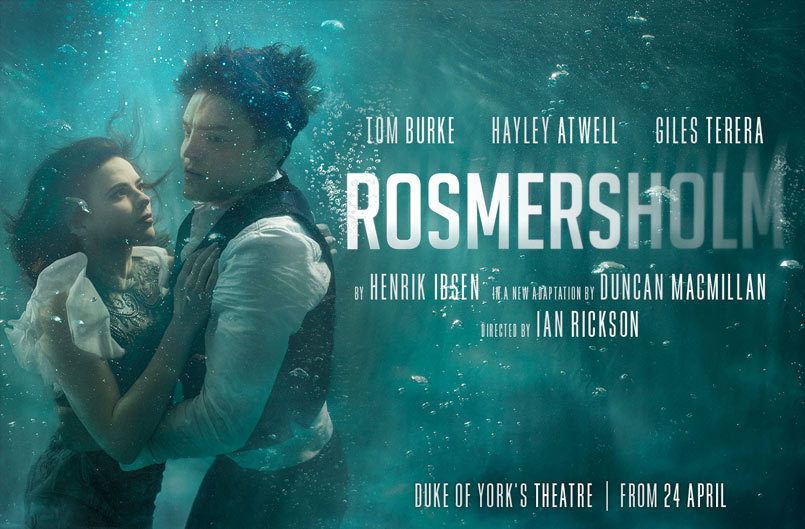 Review: ROSMERSHOLM at The Duke of York's 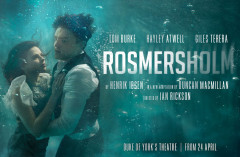 The curtain rises to reveal a stunningly detailed and evocative set, the interior of a hauntingly shadowed and seemingly twilit, dust sheet covered room. The walls were hung with many partially obscured portraits, the wooden floors looked ancient and worn to smoothness.