Review: THE TELL-TALE HEART at the National Theatre 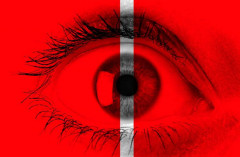 Jolly Christmas music and cascading snow flakes greet you as you enter the National Theatre’s smallest auditorium for this alternative seasonal show. But anyone who knows the playwright/Director Anthony Neilson’s work will realise the bonhomie isn’t going to last long.

His dark and twisted world view is much admired in the theatre community and he’s been charged with creating alternative festive theatre several times before, including an unremittingly bleak version of a CHRISTMAS CAROL for the RSC and a much revived student favourite called THE NIGHT BEFORE CHRISTMAS in which teddy bears are disembowelled.

When the lights come up on the first scene all the elements are present and correct to creep us out: filthy vintage wall paper, a dumb waiter, a trap door, huge windows that promise reveals and loose floor boards.

This is one of those plays that’s hard to review without spoiling the surprises but I can safely report that a playwright, Camille, rents the room for some peace and space to write whilst fleeing the press attention that’s resulted from her turning down an award.

Her young landlady has a bulging eye patch clearly hiding some optical deformity. Camille’s obsession with it begins and develops into a psychosis that leads to some genuinely gasp-out-loud on stage violence. Received wisdom says that the horror genre doesn’t work on stage. Neilson and his clever design team disprove this with two shocking moments in act one that you’ll never forget.

I wish he’d left it there, in act two he deconstructs and deconstructs, piling on more and more plot twists until they loose any power to shock.

This is an adaptation of a short story of the same name by the nineteenth century master of the macabre, Edgar Allan Poe. In Act 1 I’d say Neilson proves himself Poe’s equal. In Act 2 I wished he’d learnt from his predecessors, brevity and economy to hone something genuinely short, sharp and shocking rather than something that out stays its welcome.

Tamara Lawrance as the writer, Imogen Doel as the landlady and David Carlyle doubling the detective with a surprise additional character are clearly having a lot of fun. 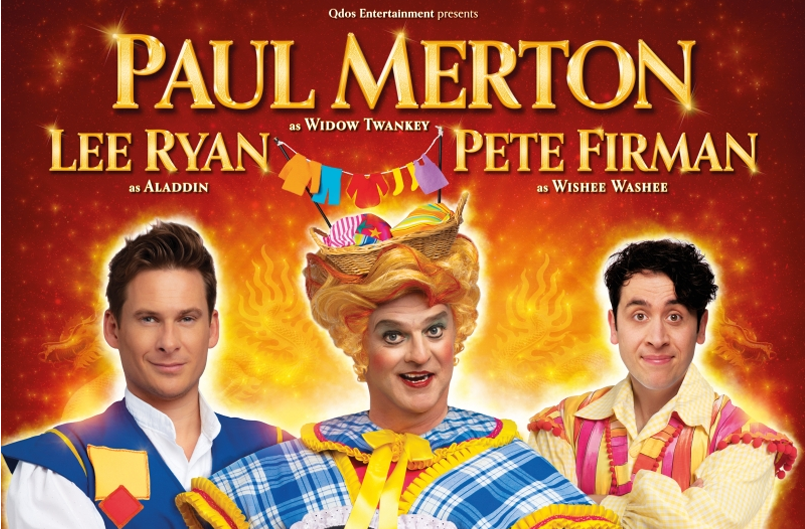 Review: Paul Merton in ALADDIN at The New Wimbledon Theatre 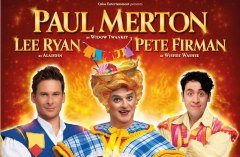 The New Wimbledon Theatre can feel cold and cavernous so the first thing I’d like to say is what an unusual delight it was to see how warm, welcoming and smiley the front of house staff were. It really contributed to a fun and festive pre-show atmosphere.