Review: JACK THE RIPPER: THE WOMEN OF WHITECHAPEL at the Coliseum Theatre

This misguided project from one of the UK’s biggest opera companies, English National Opera (ENO) is so motivated by good intentions that I find it had to be as dismissive as most other critics have been, especially as, for me, it had enough effective individual moments to warrant four stars. 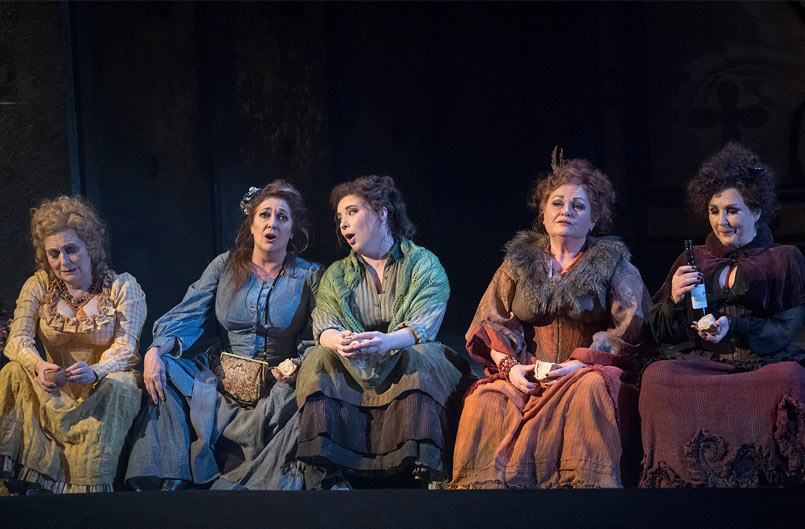 ENO are dedicated to the creation of new operas. Arguably it’s a ridiculously obsolete art form that requires modern signers to still sing in the artificial sounding way that was necessary before the invention of microphones. The swoop of the operatic voice, however, when done well, does unquestionably send shivers up the spine and it’s these special moments which justify pumping vast amounts of public money into opera and the desperate scrabble to justify it as a forward looking art form. It appeals to a niche audience but luckily for opera managers it’s an elite that includes the rich and powerful. So here we have a lavishly funded new piece that will play for a mere week of performances.

Librettist Emma Jenkins and composer Iain Bell were drawn to the idea of exploring the lives of impoverished Victorian women killed by the serial killer Jack the Ripper.

Nice idea this, they’re usually just supporting characters in our relentless obsession with the unsolved crimes and unmasking the culprits identity. Jack himself doesn’t even appear in this piece so as not to eclipse the women. Never-the-less, sensing that this popular myth could prove a hit at the box office, ENO management have prefixed the title with reference to the psychopath. So we get a new opera entitled, JACK THE RIPPER: THE WOMEN OF WHITECHAPEL.

The other commendable idea is to pack the piece with rare roles for older female opera stars, so the cast is stuffed with the stars of yesterday.

As befitting the subject matter it’s a gloomy affair with few moments to get the heart racing or lift the spirits. Designer Soutra Gilmour has designed a shadowy, monolithic chamber of horrors that predominantly represents a cheerless doss house where the penniless women sleep in historically accurate coffin shaped holes in the ground. The bleakness of the soot grey walls also lends itself to street scenes and with the introduction of a huge fancy glass panel it becomes a pub and an upper-class apartment. There’s also an enormous wall of death masks (or wig blocks?) which can fly in to divide up the playing space.

The opera stars swagger around it with much hip swaying when they want to show they’re prostitutes or congregate, frightened or fighting, around the coffin beds. One by one each singer gets their moment to pull their character into focus as the crime wave grips the East End.

The trouble is, with the best will in the world, these characters just aren’t very interesting. They’re all poor, brassy, and ineloquent due to their limited life-spans and experiences. It’s simply impossible to emotionally engage with any of them especially when the libretto is so prosaic (it’s not long until predictably we’re told that the working girls have “hearts of gold”).

The music too seems to be stuck on one sludgy speed despite a few glistening moments of Benjamin Britten like orchestration. Indeed Bell seems to have been influenced by Britten a lot, and I mean a lot, so we don’t get anything that wouldn’t have been composed 40 years ago.

I usually find the work of director Daniel Kramer too self-consciously burdened with attention-seeking flash and dash but there are a few memorable moments of staging here. I liked the anonymous and sinister male chorus – a wall of black top hats and capes which threatened to engulf the fragile women, as they pressed in from the sides to gawp at the misery. And there’s often a nice juxtaposition of imagery, for instance, on one side of the stage a woman sets out for the night clutching a bag, whilst behind her a coroner examines it as evidence at the next murder scene.

Exceptional work comes from rising star Natalya Romaniw as the final victim, Mary Kelly, who is trying to protect her daughter throughout. Her voice is so beautiful, soaring and expressive that it takes your breath away. The other highly successful performance comes from veteran Josephine Barstow. Although she’s nearly 80 her stage presence is mesmeric as she portrays the cruel, damaged, flint-hearted pimp, Maud. It’s quite something to hear that this older performer can still hold-her-own, her voice ringing out, against the orchestra and a stage full of other singers.

If you’re interested in opera, past, present and future you’ll be intellectually engaged by this piece. I doubt whether anyone could fall in love with it though, or that we’ll see it revived.

Jack the Ripper: The Women of Whitechapel 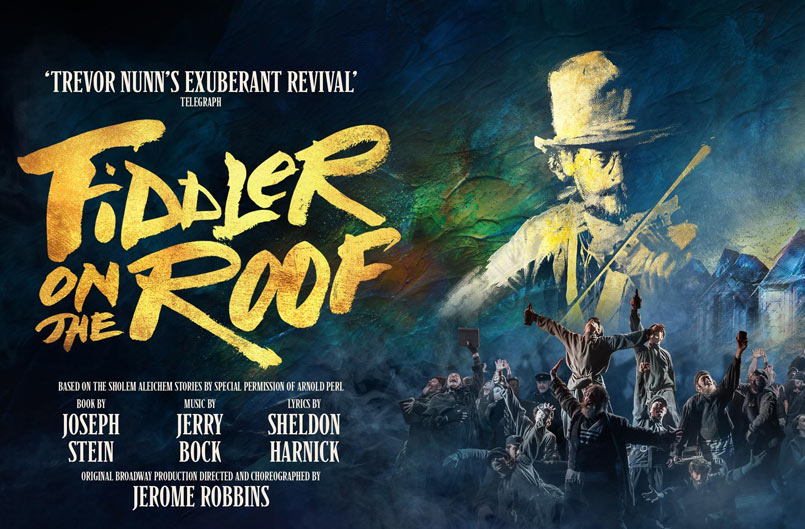 Review: FIDDLER ON THE ROOF at the Playhouse Theatre 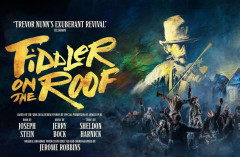 Although not quite the transformation we were promised designer Robert Jones has done a lovely job of making the stalls of the Playhouse Theatre feel magical for this beguiling revival of a classic musical.