Second Look: Beryl at the Arcola 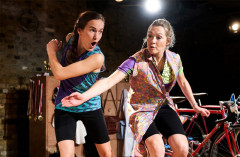 Beryl, a play by lauded actress Maxine Peake, has cycled down from the East Riding Theatre in Yorkshire and parked up at the Arcola in Dalston for a London transfer, and it is a joy. The play charts the meteoric rise of superstar Yorkshire lass Beryl Burton through the cycling world, against all the odds of entrenched sexism and health issues, all the while asking why it is we haven’t heard of such a record-breaking superstar in the sport.

A hard-working ensemble cast of four (Jessica Duffield, Annie Kirkman, Tom Lorcan, and Mark Conway) don many hats over the course of Beryl’s story, with numerous metatheatrical interruptions to remind us they are actors doing a show. Watching them find the fun in stepping into new roles, or competing for certain cameos, keeps the show brisk and light - as well as making for some great laughs.

Overall, Maxine Peake’s text is pragmatic and workmanlike, and fittingly so. Like a good podcast, the play finds the fascinating within such topics as the rhubarb industry in Yorkshire and the minutiae of underground cycling time trials and uses them in cutaway-style moments to offer a sort of state-of-the-nation snapshot of Yorkshire in the 50s/60s, and because they’re played with such theatricality and verve, we don’t feel like we’re being lectured.

The second half is more at risk of descending into hero-worship - it’s at its best when it’s not trying to make her too perfect, calling into question the health of Beryl’s family life, and minus a few moments where it feels slightly as if the cast are going through the motions, and not playing moments of transaction as much as they could be, the groups makes a great team.

There are a few semi-improvised Brexit jokes by the actors when playing ‘themselves’ in the metatheatrical cutaways; one wonders how these went down in the East Riding of Yorkshire, with its rather un-Dalston political makeup. That said, Beryl’s total disregard of medical advice in pursuit of her dreams is inspirational, but one could read Gove-esque messages about not listening to experts here. But none of that makes it feel out of place in London really.

The show takes a risk in not using sound design as much as it could do, which is a brave decision. It doesn’t need it, though: the light-up cycle wheels on the rear wall are a lovely design feature and massive dividends (and good integrated design from Ed Ullyart and LD Simon Bedwell); though we probably could have done without the projected old-timey footage of Yorkshire lanes that pop up every so often (though these might have played better in the show’s rather larger theatre of origin). The bicycles themselves, meanwhile, feel well-integrated, almost like the fifth performer onstage, though they clearly place their own quite stringent limitations.

Like its titular cyclist, Marieke Audsley’s production punches well above its weight. I am absolutely not the target audience of sports biopics, or documentaries about sports personalities, but by focusing on the human side of this extraordinary woman and her struggle, Beryl still made me cry and roar with laughter (yes, I was stared at; no, I regret nothing) and even care about the sport. It’s a joy, then, for cycling enthusiasts and non-enthusiasts alike. And it’s great to see a regionally born show make what hopes to be a successful transfer to a London venue - something we certainly need to see more of. 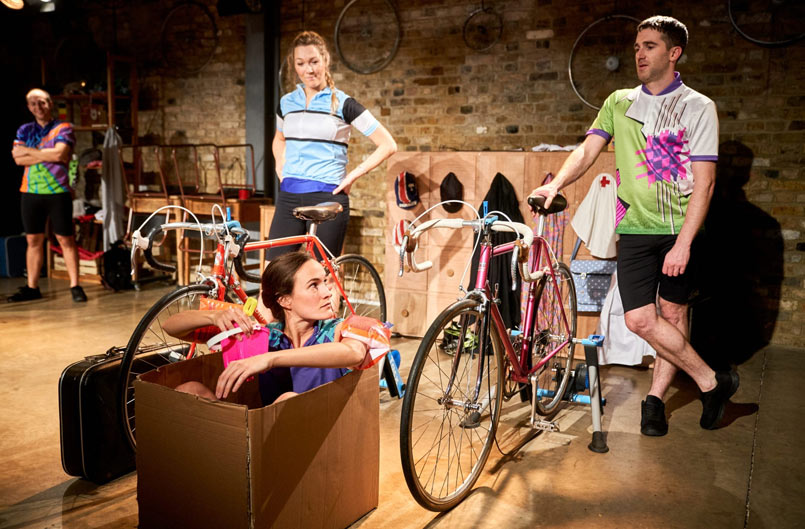 Penned by actress Maxine Peake, BERYL began life as a radio play back in 2012 and was subsequently adapted into a stage play, which first featured in the West Yorkshire Playhouse’s 2014/15 season.