Review: Jeff Wayne’s THE WAR OF THE WORLDS The Immersive Experience 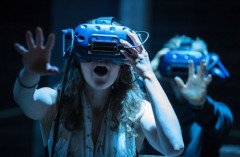 H.G. Wells wrote one of the most famous and popular science fiction stories ever. THE WAR OF THE WORLDS has been filmed for TV and the cinema many times. Now we have an Immersive Experience inspired by Jeff Wayne's score and adaptation.

It has been adapted for several radio broadcasts and there was the famous Orson Welles fictional radio broadcast that sent the American public into a panic. Jeff Wayne composed a rock score for a concept album which finally led to the first theatrical stage production.

The original novel and Jeff Wayne's score are episodic and are therefore natural scenarios for a perfect Immersive Experience that requires the participants to move around. It is especially so, when this production is housed in a massive building with lots of rooms. Each room has been designed to represent outdoors, indoors, undergrounds and the sky.

The experience starts at a “theatre” where the “narrator” who is now a journalist named George Herbert appears in a filmed hologram (played by actor Tom Brittney) and tells us about his and his brother's discovery and escape from the Martian Invaders. We are then taken back to the start of the story as we venture from room to room. The story unveils with a narration and Jeff Wayne's songs and music from his concept album.

Each segment is taken by different actors to guide us through the different rooms and story. Their acting and delivery are variable, some are good and some not so.

The highlights of the experience are the three segments that deploy Virtual Reality goggles. The first one takes us down the River Thames on a boat to escape London, with very realistic images and movements of the boat and us bobbing along the River Thames, avoiding other boats and the three legged tripod Martian Fighting Machines, towering above us. These machines are all over London destroying it and killing thousands of people.

The second VR experience takes place in a church in which we witness the Parson and his wife Beth's (Carrie Hope Fletcher) re-union only to be killed by the tentacles of the Martian War Machines.

The last VR experience takes us up on a hot air balloon flying over England's fair and green land after all the Martians have been killed by a virus.

These VR experiences are very impressive and enjoyable but those suffering from motion sickness should be warned of their realistic movements and effects.

The whole evening is great fun and enjoyable. It should appeal to the young and the young at heart, especially those who are out on dates.

There are opportunities to wine and dine before the start and there is a break for some cocktails after the first hour of the two hours experience. 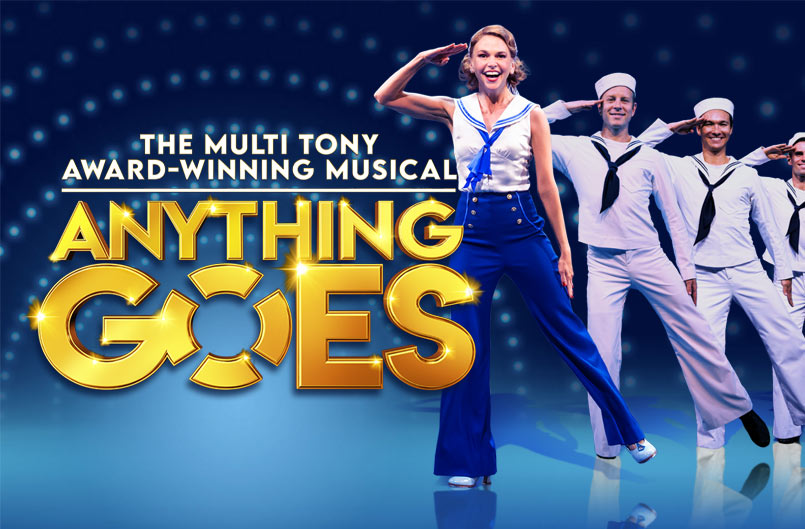 Review: ANYTHING GOES at the Barbican 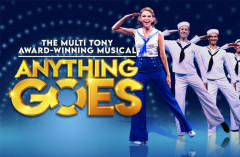 Cole Porter’s much beloved comedy-musical Anything Goes is playing to packed houses at the Barbican Theatre, with a cast of 50 delivering a much needed splash of nautical glamour and razzmatazz.