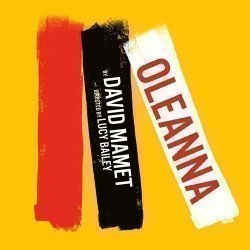 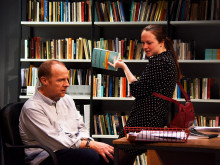 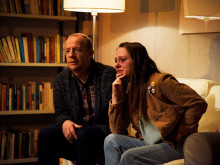 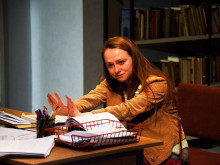 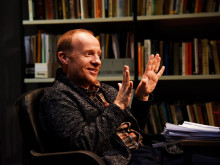 David Mamet's highly provocative drama, Oleanna, arrives in London after a UK tour, starring Rosie Sheehy as Carol and Jonathan Slinger as John. The actors are reprising their roles from the play's sell-out run at Theatre Royal Bath's Ustinov Studio in December 2021, directed by Lucy Bailey. Are you ready for a top class piece of serious 1990s drama that just happens to fit our 'Me Too' culture perfectly?

What's the plot of Oleanna?

Oleanna first shocked and delighted audiences almost thirty years ago. It caused scandal and gossip across the UK and the US, wowing Broadway and the West End with its raw power and searing honesty.

The plot is set at an American university campus, where a seemingly innocent conversation between a college professor and a female student appears harmless enough. But the resulting nightmare that unfolds comes close to destroying both of them.

When the female student Carol files a claim for sexual harassment against the tutor John, the ultimately corrosive extremes of political correctness and the play's adventures into the use and abuse of language come to the fore. It reveals clearly the ultimate drama of pupil power and the dangers inherent in student revenge.

The issues raised remain shockingly relevant, which sadly proves things haven't changed all that much. The production provides lovers of thoughtful, dramatic adult drama with an extraordinary landmark play, especially when it's viewed through the lens of today's global 'Me Too' movement. To coin a phrase, Everyone's Invited.

Rosie Sheehy, who plays Carol, has wowed audiences with her work in King John with the RSC, and a role in Uncle Vanya that won her the 'Best Female Performance in the English Language' award at the Wales Theatre Awards 2018. That's just the tip of an impressive iceberg. Jonathan Slinger is a regular at the RSC, aceing the roles of Macbeth, Prospero, Hamlet, Richard II and Richard III. He's also loved for playing Willy Wonka in the stage version of Charlie and the Chocolate Factory. Director Lucy Bailey has a slew of top class theatre credits behind her. And the playwright David Mamet needs no introduction, one of the most distinctive voices in stage and film writing today and a multi-award winner. Don't miss it.

Who is Oleanna for?

Oleanna is perfect for adults and enjoyed by mature teens.

Our website makes buying tickets for Oleanna super-simple. We'll email your tickets directly to you – all you do is present them at the door on the big day.

Next Performances for Oleanna at the Arts Theatre

We have a great selection of cheap Oleanna tickets. We can help you save up to 70% on Oleanna tickets! If you're looking for discount theatre tickets have a look below for our latest offers for Oleanna at the Arts Theatre. 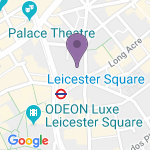 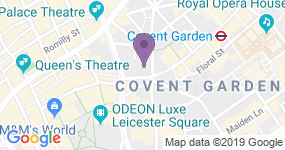