Now showing at the Roundhouse 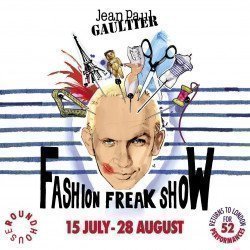 Eccentric, scandalous, provocative, exuberant, and funny as ever, Jean Paul Gaultier is set to shake up London this summer when his stunning creation, Fashion Freak Show - 50 years of pop culture through the eyes of fashion’s enfant terrible - takes up residence at the Roundhouse. 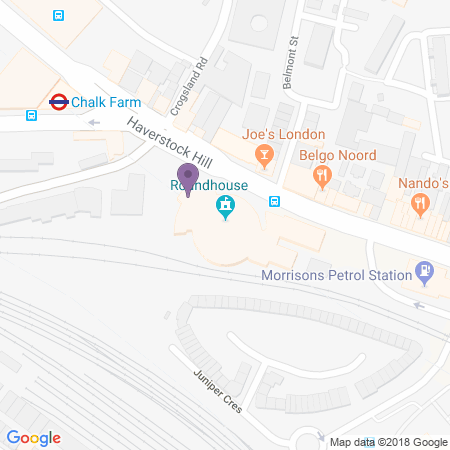 Built in 1846 as a steam engine repair shed, Camden Town’s attractive brick cylindrical Roundhouse is also circular inside, with a flexible auditorium space that means it can put on a surprisingly broad variety of performances.

The Roundhouse was originally built to repair trains but it soon changed purpose as railway technology moved onwards and upwards and it became obsolete. Next becoming a bonded warehouse for Gilbey's Gin, these days it is Grade 2 listed, widely recognised as an excellent and unusual and excellent example of 1800s architecture.

In 1964 the innovative playwright Arnold Wesker set up an organisation called Centre 42 at the Roundhouse. Named after the revolutionary trade union movement, Article 42, who famously said that the arts should be for everyone, it soon became one of the UK’s most creative venues, hosting some of the ‘60s and ‘70s best known and loved performers including Hendrix and Pink Floyd.

A lack of funds led to the closure of Centre 42 in ‘83 and the building languished for years, during which several proposals for its re-generation were made and rejected. It wasn’t until 1996 that The Norman Trust, led by a local entrepreneur, brought the venue back to life as the Roundhouse Theatre.

In 2004 the venue closed again, this time for redevelopment. The Architect form John McAslan and Partners brought the performing space back to life with flexible seating, lighting and sound, adding sound proofing to the roof, restoring period features and adding a creative centre for young people. Taking care to blend the old with the new, renovation of the building’s beautiful period circular roof lights let daylight into the venue for the first time in a century.

Re-opening in 2006 with the show Fuerzabruta, today the Roundhouse Theatre hosts an exciting programme of live music, theatre, dance, circus, installations and new media events. To this day, young people at the heart of everything they do. Run as a charity, the Roundhouse provides facilities for TV, music and radio production, stage shows and more, and even has its own record label, Roundhouse Records.

Past shows at Roundhouse Theatre

During the 1990s De La Guarda, Stomp, the Michael Clark Dance Company, Ballet Boyz, Michael Moore and the RSC graced the Roundhouse. Since re-opening under its current guise in 2006 the venue has been home to an exciting collection of varied events and performances including iTunes festivals, BBC Electric Proms and Ron Arad’s Curtain Call.

The Roundhouse Theatre has a limited number of wheelchair spaces in the main space, and some in the studio theatre.

We’re a favourite destination for a wide variety of seat types and prices, with excellent availability on the full range of Roundhouse Theatre tickets.