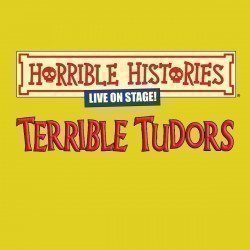 This brand-new production marks the company’s tenth year in the West End, which happily coincides with the Birmingham Stage Company’s 30th anniversary. The company has recently been nominated for an Olivier Award for its production of David Walliams’ Billionaire Boy.

We all want to meet people from history. The trouble is everyone is dead!

So it’s time to prepare yourselves for Terrible Tudors live on stage!

From the horrible Henries to the end of evil Elizabeth, hear the legends (and the lies!) about the torturing Tudors. Find out the fate of Henry's headless wives and his punch up with the Pope. Meet Bloody Mary and see Ed fall dead in his bed. Survive the Spanish Armada as they launch their attack!

It’s history with the nasty bits left in!

Terry Deary is the creator of Horrible Histories and one of Britain's best-selling authors of the 21st Century. He's also the tenth most-borrowed author in British libraries. There are around 50 Horrible Histories titles with total sales of 25 million in 40 countries. Deary is also the author of over 200 fiction and non-fiction books for young people including his series of books Dangerous Days.

Neal Foster is Actor/Manager of Birmingham Stage Company which since its foundation in 1992 has staged over one hundred productions. The company has become one of the world's leading producers of theatre for children and their families, including Horrible Histories Live on Stage for seventeen years in the UK, Dubai, Abu Dhabi, Qatar, Bahrain, Hong Kong, Singapore, New Zealand and Australia. Foster has written and directed all of the most recent Horrible Histories shows including Barmy Britain - Parts One, Two, Three, Four and Five (Garrick Theatre, Apollo Theatre and Sydney Opera House); Groovy Greeks and Incredible Invaders for a national tour and Wicked Warwick at Warwick Castle. His first fictional adaptations were David Walliams' Gangsta Granny and Billionaire Boy, both of which transferred to the Garrick Theatre and have been nominated for an Olivier Award.

Horrible Histories shows are recommended for ages 5 to 105 (106 year olds may not like them!)

Next Performances for Horrible Histories - Terrible Tudors at the Garrick Theatre 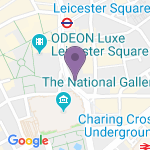 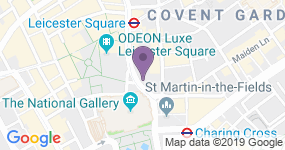