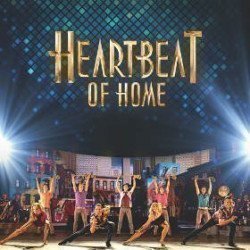 About Heartbeat of Home

Heartbeat of Home – From the producers of Riverdance

Roll back time to the 1990s and Riverdance thrilled a generation of dance lovers, a spectacular affair that millions adored, inspired by a not-so-simple interval performance at Eurovision which was transformed into a dance extravaganza like no other. The traditional Irish music score was written by Bill Whelan, and the astonishing dance skills of Jean Butler and Michael Flatley stole the show. Now there's a fresh new show to enjoy, and the anticipation is mounting fast!

The Heartbeat of Home show comes direct from the producers of Riverdance, and it's in the UK from autumn 2019. Heartbeat of Home is high octane stuff, a heart–stopping stomp that's as dynamic as it is fast and furious. This time around it's about more than traditional Irish music. It includes traditional Irish tunes, of course, but also covers exciting Latin music, Hip-Hop, Afro-Cuban and contemporary music, and the resulting fusion is extraordinarily exciting. The same goes for the dance element. You'll love the fast, accurate Irish dancing, the passionate flamenco, intricate tap dancing, sexy tango, complex salsa and cool hip hop. What a combination, what a show.

Against this backdrop of amazing dance there's a very cool live six piece band playing tunes from the brilliant award-winning Irish composer Brian Byrne. There are supporting videos to enjoy as well. It's no surprise the show has proved a sell-out at the London Palladium. It's back in theatreland again for autumn 2019, and the director John McColgan is by all accounts really excited about the transfer.

This is a colourful musical fusion that energises and uplifts you. The ensemble includes dancers from all over the world, making it a true international effort involving a cast from Ireland, the USA, Australia, Britain, Canada, Italy, Argentina and Spain.

Produced by Moya Doherty and conceived and directed by John McColgan, the concept and lyrics come from Joseph O’Connor and the choreography is by David Bolger. It has sold out in places as diverse as Dublin, America, China and Germany. And it's due at the magnificent Piccadilly Theatre in autumn 2019 for an extended West End run. We can't wait – and we bet you can't, either!

Who is this show for?
This show is perfect for people aged 5 or more. You can't bring under 5s into the theatre.

The show was amazing, if you love dance and instrumental music, th8s show is a must see. The fusion of different dance styles with the same music was clever. Come away buzzing and wanting to dance!

I loved Riverdance Lord of the Dance, but this show is even better. Heartbeat of Home has such a high wow factor it's off the scale. Superb dancing from all on stage and the music/ singing/ songs are brilliant too. Go see

Definitely a must see! !

Spectacular, breathtaking, unforgettable! It was like watching olymics of dancing, where all the dancers are golden medalists. Beautiful and touching story with superb choreography heartful presentation and universal message. Thank you so much for unforgettable family experience. Iris from israel

Fantastic and love to see it again!!!

I can’t say how good this show is in words. You have to see it to be blown away. You’re entertained to the last minute.

How long does it take to learn a million steps?

As I told the Director and his Assistant in the foyer after the show, I was blown away! The young dancers must have started training in the cradle to reach this level, then spent years learning all the steps for Heartbeat of Home. The scenery was very clever and effective, especially aboard the ship when the deck and I swayed with the motion of the waves. The best scene was the reproduction of the "Men at Lunch" photograph of immigrant builders on a skyscraper scaffold. Brilliant! What an astonishing amount of work by writers, musicians, dancers, stage management and many other professionals, must have gone into the creation of the show - just to enthrall me for a few hours. They all deserve huge respect. Go and see Heartbeat - it's wonderful.

Incredible energy, dancing was superb abd the musician are incredible. Everything overall was 5 stars.

A delightful spectacle of dance and rhythm.

Heartbeat of home was absolutely fabulous. Such amazing dancers musicians and singer. We loved it from start to finish!

Vibrant, uplifting, a must see!

A mesmerizing must see

The footwork was incredible to watch and the different cultures woven together to tell the story of immigration was fantastic! The music and performance was amazing I couldnt look away!

It’s worth to see

Excellent choreography,music and lighting.Some humour in there too and audience interaction.All the cast looked like they were having a great time which was reflected to the audience.

Quality entertainment, the musicians and dancers were fantastic.

Very energetic and brilliant all round. I couldn't stop smiling.

For the price we paid, and with no "star" and really River Dance stuff more for my wife than me, my expectations weren't that high but they were well exceeded. A really excellent show that kept my attention pretty much from start to finish, and the musicianship was really, really good.

This show was energetic from the moment it started. Dancers fantastic and the different countries were easily identified by the interpretation of the dancers of the music. I have to say the musicians were stunning and so fully of energy. Well done , what a great night out

The show was was a complete surprise. It was action packed from start to finish with a variety of dancing and music to match. The solo singing and musical solos were a pleasant interlude and the drummer was both clever and humorous. The contrasting costumes made the story more authentic as did the 3D backdrop. I was enthralled the whole time and could have watched all over again.

So much more than just Irish dancing the singing was incredible. Do many different aspects for everyone...loved the drumming and what I can I can only describe as a form of ballet . Great night out

Amazing,fabulous well worth the price