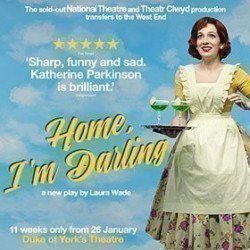 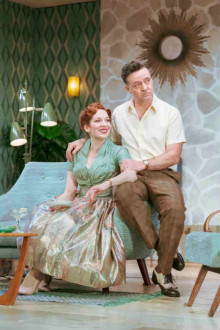 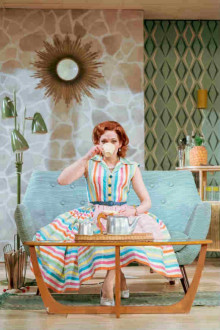 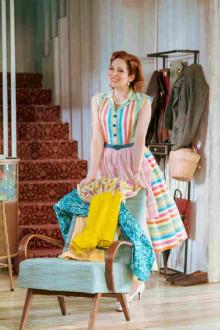 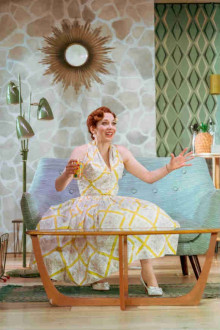 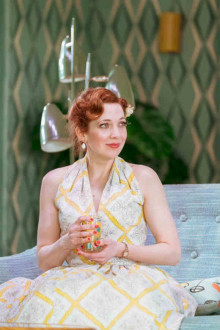 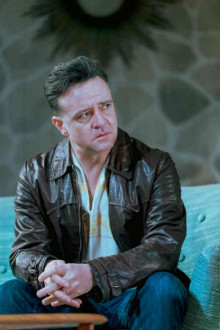 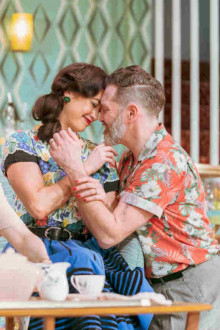 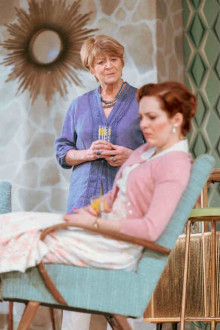 You might look like you're coping just fine. You seem calm enough on the surface. But underneath you're working furiously hard to keep it all together, paddling like mad to stay afloat. This is the brilliant Laura Wade's first play since Posh, back in 2010, and this time it's all about 38 year old Judy's terrific yet flawed attempt to achieve marital bliss by becoming Domestic Goddess, 1950s style. The thing is, being a domestic goddess is not as easy as it seems.

This splendid play has already sold-out at the National Theatre. Now it's transferring to the West End's magnificent Duke of York's theatre for a magical eleven week run that's predicted to sell out early. Katherine Parkinson, star of the hilarious TV series The IT Crowd, and the more serious series Humans, continues in her role as Judy, the manic housewife on a quest for perfection.

This is a good, sharp production of an even sharper new play. Laura Wade is known and loved for cutting comedy, and this one is something special. What happens when you shine a mercilessly bright light on a woman's determination to hit absolute perfection?

Well, it all looks pretty perfect from the outside. The dresses are stunningly pretty, the apron is a classic, the appliances are the very latest available, the husband is all nice and shiny and clean. But appearances can deceive, and while a harmless fantasy can boost a relationship and spice things up, there's a tipping point. If the fantasy starts to become uncomfortably real, what on earth happens next?

Laura Wade is the author of a host of fabulous plays. Posh proved a smash hit at the Royal Court Theatre and in the West End. Tipping The Velvet caused a storm at the Lyric Hammersmith. Alice raised the rafters at Sheffield's Crucible Theatre, and the outstanding Kreutzer vs. Kreutzer thrilled large audiences at The Globe.

Wade's work has been produced across the western world including the USA, Australia, Ireland, Sweden, Norway, Germany, the Netherlands and Mexico. Her movies include The Riot Club and Connection, and she has gathered plenty of awards for her extraordinary work - the Critics’ Circle Award for Most Promising Playwright, the Pearson Best Play Award, the George Devine Award and more.

Who is this show for?
This show is recommended for people aged 14 or older.

An interesting premise but could do with editing Clever set and set changes. And good costumes. Ideas of women and men’s roles a bit dated

Light hearted and fun on the surface but revealing some deep analysis of relationships, gender roles and escapism.

Katherine Parkinson excelled. Thankfully i never saw lT crowd so was not tempted into comparisons.

I enjoyed the 'show not tell' dialogue and plot. The acting was excellent and the set was a joy.

Storyline was poor. How does someone with a degree in finance mismanage household expenses to the point of defaulting on a mortgage? I felt the main character had a mental illness, and that did not make for a good story, or fit in with the overall direction of the play.

Katherine Parkinson is candy stripe heaven, dusting and jiving, fixing her Johnny a Gimlet as he walks in the door, but Judy is hiding her worries in a mixing bowl. 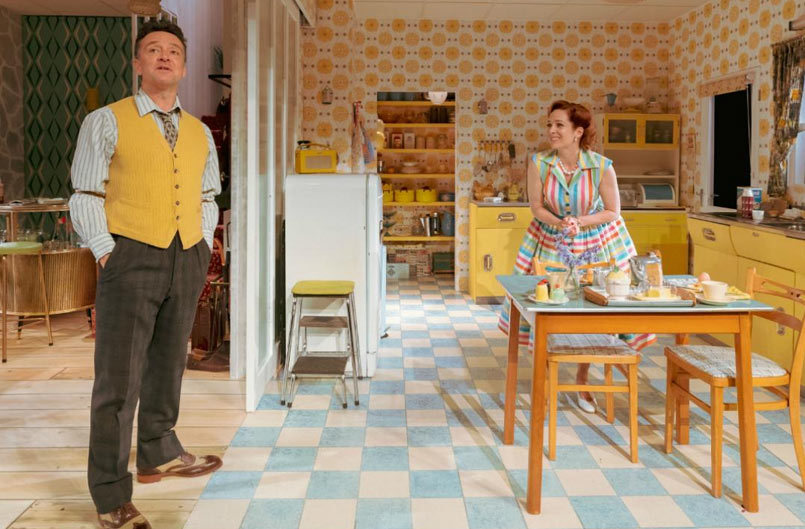 Review: HOME, I’M DARLING at The Dorfman Theatre
all shows