Review: AS YOU LIKE IT at the National Theatre 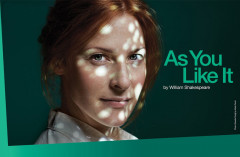 Shakespeare’s comedy of gender swapping lovers and philosophising in a forest is problematic for modern audiences.

Rosalind and Celia, two princess types fleeing an overbearing duke, escape with the court jester to a forest where the former and overthrown duke hangs out with his witty exiled court. They learn about love by observing the shepherds and via Rosalind disguising herself as a boy and making friends with Orlando, the man she fancies, to help him practice how to chat her up.

It’s impossible to take this scenario seriously as it’s poetic rather than realistic and based in poetical conventions of romance from centuries ago. Without a credible central plot we’re left with the obscure and tangled philosophy and the “jokes”, based in archaic language which are desperately unfunny. Throw in the patronising characterisation of country folk as idiots and the whole thing is incredibly tedious.

Poetry loves can find enjoyment in the dense metaphors for love especially when Rosalind is played by a gifted, charismatic verse speaker and this production delivers this with the beautiful Rosalie Craig donning the britches. Actors in other roles must resort to mugging in order to get laughs from the stilted text and artificial situations.

The play does however contain one of the greatest speeches in the whole of Shakespeare, The Seven Ages of Man, in which a really irritating character, the depressive Jaques, catalogues the seven stages everyone lives through on the journey from the cradle to the grave. It’s a perfect example of how Elizabethan text can still speak to us when it’s direct and dynamic. I wish the same could be said for the rest of the play.

This lively production, directed by Polly Findley, throws everything it can into the mix to make it an engaging evening. It’s played in modern dress, the mean Duke’s empire is depicted as a regimented dot.com business and all the office furniture flies up to represent the foliage of trees in an ugly and brutal looking forest. There’s a modern looking wrestling match and the cast also double as sheep and, standing around in black, provide the noises of the countryside.

Despite this, some subtle cutting and an adorable, puppyish Orlando from Joe Bannister the two hours forty running time really drags. As epitomised by a seemingly endless far-la-la finale in which everyone does a little dance to lift our spirits despite the slow tempo of the music. 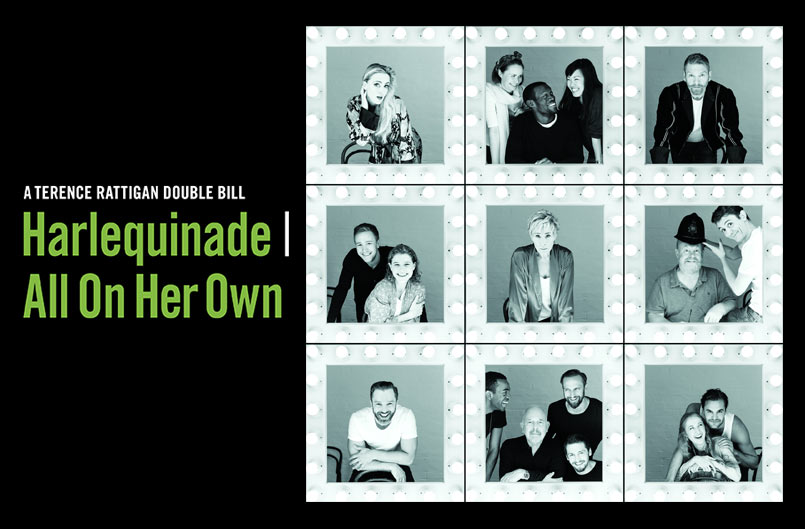 Review: HARLEQUINADE/ALL ON HER OWN at the Garrick Theatre 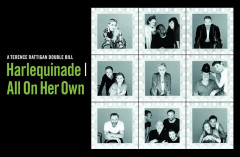 We are incredibly lucky in London to be in the midst of an era where commercial theatre is being reinvented by daring directors and producers. Unlike New York where only sure-fire, star studded hits ever make it to Broadway, the likes of Michael Grandage and Kenneth Branagh are providing the opportunity for audiences to experience an exciting range of both new and old works in the commercial West End.