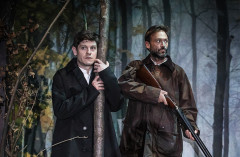 It also recieved the Susan Smith Blackburn prize and the James Tait Black Drama prize. In other words, many people thought Foxfinder to be a fine play.

Seven years later it has been given a new production at the Ambassadors Theatre. Several times the audience are told that Foxfinder takes place in England and yet the set is more reminiscent of the Swedish forest in Let The Right One In. And a tiny cottage in the woods is given a massive staircase that Jerry Herman would be proud of. The actors speak in rough approximations of West Country accents but there is no hint of Englishness whatsoever in the chaos that is prevalent in the writing, all apparently caused by foxes.

The dystopian villain – a man who finds and roots out foxes – is supposed to be aged 19. This might be chilling with echoes of the Hitler Youth but here he is played by an actor in his 30s. Very good Ivan Rheon is too but he is not at all what the author describes in her writing. Likewise the synthesised sound plot does not conjure up England, rather an isle full of Dystopia-R-Us noises. As the author is alive and attended rehearsals, she must have liked what she heard.

The four actors, talented refugees from well known TV series – Eastenders, Call the Midwife, Poldark and Game of Thrones – all work extremely hard but sadly are left rudderless by their captain. Yes, the play is extremely well-produced but an evening of interminable long American Gothic pauses and moody looks doth not a drama make. 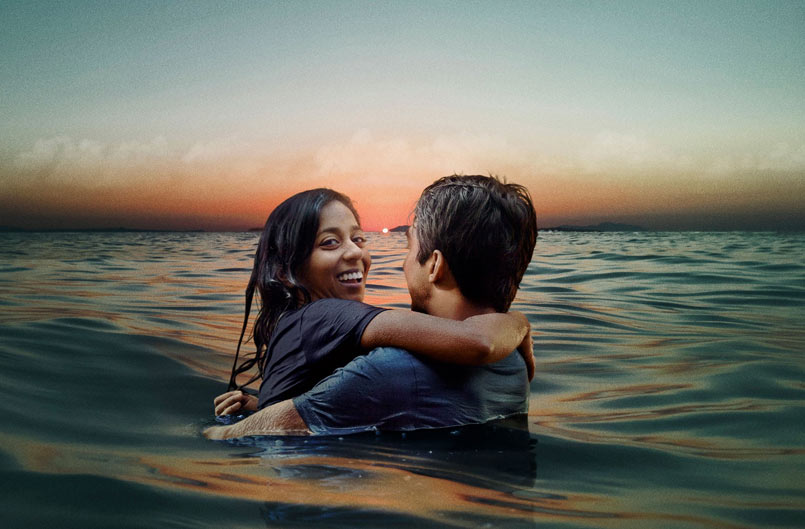 Review: AN ADVENTURE at The Bush Theatre 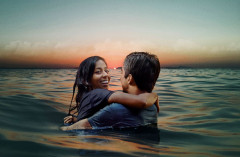 Spanning the period from 1954 India to modern day Britain, Vinay Patel’s AN ADVENTURE is a monumental piece of writing. Commissioned by The Bush theatre, the play is set around crucial historical events.