Review: THE GLASS MENAGERIE at The Duke of York's Theatre 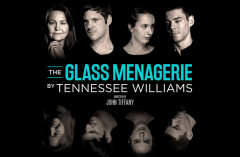 Until April 29th London theatre goers have the chance to enjoy one of the undisputed masterpieces of American playwriting in a remount of a highly acclaimed Broadway production of THE GLASS MENAGERIE, staged by Olivier and Tony Award winning director John Tiffany, who's recently enjoyed meteoric success with his staging of HARRY POTTER AND THE CURSED CHILD.

If you like meaty dramas about families in meltdown then Tennessee William's play about a suffocating matriarch and her damaged children is a must.

It's set in the steamy atmosphere of St Louis in the 1930's and mother Amanda, yearns for the days of her privileged youth. She's also desperate to find a husband for her daughter Laura who childhood Polio has left with a limp, sapping her self confidence so that she spends all her days locked away polishing her menagerie of little glass animals.

Amanda has pressured her restless son Tom, given to suspicious nocturnal disappearances, to find a suitor for his sister and the play is Tom's recollections of the night he brought home Jim, a "gentleman caller" to meet Laura.

It's key to the action that you view it as Tom's memory which may or may not be an accurate reflection of what happened. Because of this it's not as naturalistic or realistic a setting as you usually associate with domestic drama. The memory, as reflected in the on-stage action, seems to shimmer with fragments of emotion and imagery which build into a devastating portrait of intergenerational conflict.

But where should your sympathies lie? What should you believe and what should you dismiss as fantasy? The family set up very closely resembles the playwright's own troubled mother and sister.

Williams was gay at a time where it was hard to live openly, an existence which involved considerable deception and denial of oneself and the people around you. It's hard to think this doesn't infuse Tom's view of his youth, as recollected in the play, in which he is as much as a misfit as his socially inept sister. Like Tennessee Williams he has aspirations as a writer and both had to escape the emotionally demanding women in their family to wander alone seeking the company of strangers.

At the end of the play Tom, played a little too emphatically by Michael Esper, talks of how his family continued to haunt him. Williams too went on to write a body of work dominated by emotionally fragile young women and those lamenting their former southern gentility, as Amanda does in this, his break through hit.

On Broadway Zachery Quinto (Spock from the latest Star Trek films) played Tom. The West End revival doesn't have that level of attention grabbing star casting but it is blessed with leading New York actress Cherry Jones. She's been playing the flighty, ludicrous, adorable and infuriating Amanda for years now so she wears the role like a second skin. It isn't simply a wonderfully edgy and nuanced performance it's a metamorphosis, she actually inhabits the character utterly and completely every moment that she's on stage.

Mind you Britt Kate O'Flynn as Laura gives her some stiff competition in the acting stakes. This character always breaks you heart but in O'Flynn's performance the very air that the character exhales feels like an apology. When she finally made a connection with Jim, (an adorable Brian J Smith) I wanted them to work out so much that I was hanging on every heart beat.

Do not be put off by the lack of TV celebrities. This is life enhancing theatre. Pure class!

Hot tip: if you get a seat above the action you'll see the set is apparently floating in a dark, deep lake of water. You can't see this from the more expensive seats in the stalls! 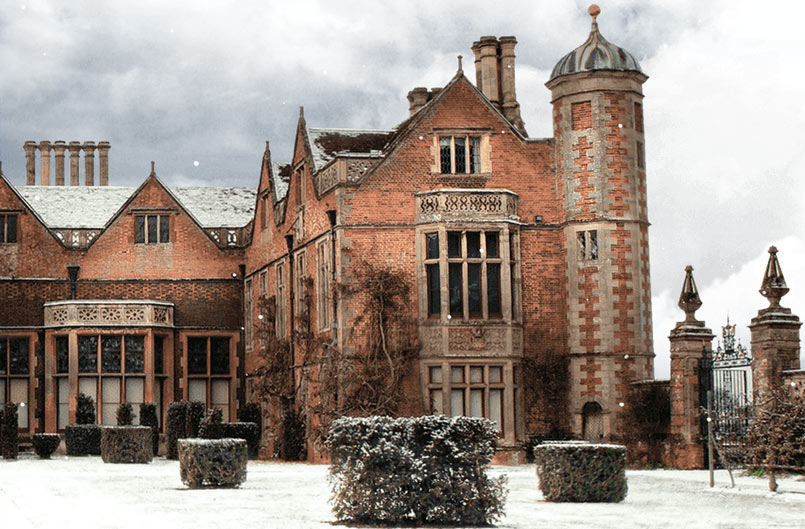 Review: MUCH ADO ABOUT NOTHING OR LOVE’S LABOUR’S WON at Theatre Royal, Haymarket 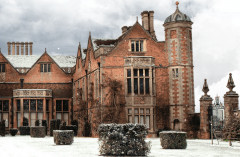 Much Ado About Nothing by William Shakespeare, is generally considered one of the bard’s best comedies, and because it deals in mistaken identities, love, humour, alongside more serious themes of honour, shame, and courtship, it delivers a delightful evening of plot twists and comic confusions; all the ingredients for for a great night at the theatre.