Review: HAND TO GOD at the Vaudeville Theatre 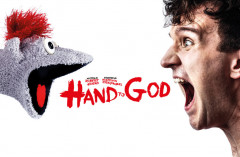 Sometimes as a theatre critic you find yourself expressing a minority view. In such cases I think it's important to stick to your guns so although most established critics have damned HAND TO GOD as tedious and puerile, I loved it in New York and I loved it here, laughing throughout.

It's set in America's Bible Belt where a recently widowed mom runs a sparsely attended christian puppetry group at the local church. Membership consists of her troubled son, a geeky teenage girl and a foul mouthed, sex crazed young man. The idea is that the homemade puppets they create will help tell bible stories. Unfortunately the puppets personas begin to reflect the troubled psyche of their creators, notably son Jason who's puppet Tyrone becomes an outlet for the violence of his inner turmoil, becoming a foul mouthed sadistic demon.

The puppet's plain speaking and outrageous actions are a kickback against the moral hypocrisy of the Baptist community. These dodgy morals are characterised by the sleazy preacher's sexual advances towards the mother who stages her own shocking rebellion by unleashing her repressed sexuality on someone very different.

The comic violence escalates and escalates to quite surreal levels, blood is splattered and even the puppets get down and dirty with some dodgy sex.

Either way, I'm with most of our younger critics and the majority of the audience who found it taboo bustlingly hilarious

When I reviewed the show on Broadway, like most critics States Side I raved about the extraordinary skill with which Steven Boyer conveyed both the vulnerability of a son mourning his father whilst bringing his demonic puppet to horrific and hilarious, obscenity spouting, violent life. I was dismayed to hear the producers weren't bringing this extraordinary performer to the the West End along with the play. Brit Harry Melling isn't quite as good but by the time I saw it on Broadway Boyer had been playing the role and fine tuning it for years.

The British cast benefits from the considerable acting talents of our own Janie Dee who brings a greater depth to the role of the mother battling grief, loneliness and guilt; so convincingly in fact that I was happy to believe in her unfortunate sexual choices.

You can view this play on two levels. Sit back and laugh at the shocking situations as lust and revenge run riot or see it as a metaphor for the dark underbelly of American evangelism. Either way, I'm with most of our younger critics and the majority of the audience who found it taboo bustlingly hilarious.

It's interesting that many of the older U.K. reviewers who found the sexual politics offensive, the very next night, really enjoyed watching MRS HENDERSON PRESENTS, a musical about topless show girls. Our very own, home grown hypocrisy! 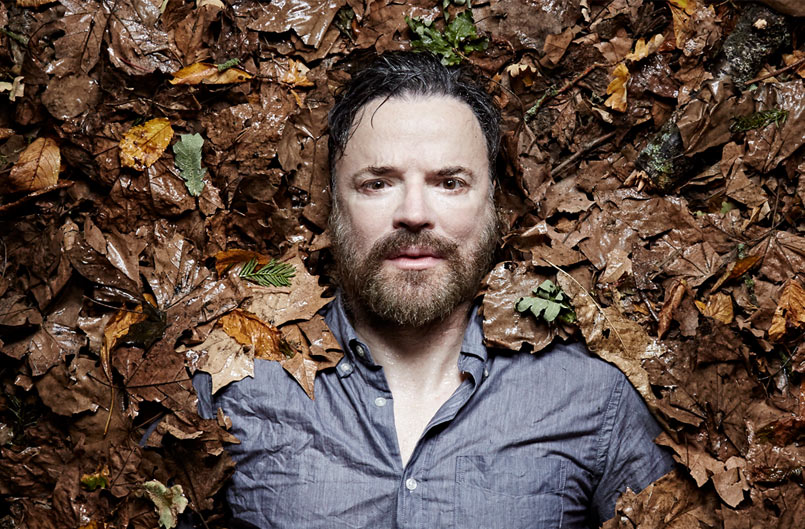 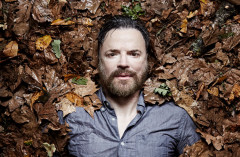 The Russian playwright Anton Chekhov's comic drama UNCLE VANYA is indisputably one of the greatest plays ever written and the director Robert Icke is one of the rising stars of British Theater thanks to his acclaimed productions of the Oresteia and 1984 so the combination of the two is irresistible.

I must say I was hoping he would take a more radical approach to the oft performed classic, in the event the only departures from the norm are modern dress and sparse cube of a set that revolves occasionally to give different perspectives.