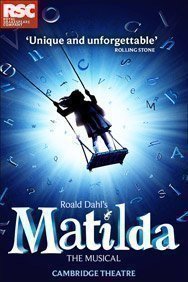 Some brand new cast members are deep in preparations to join the Olivier Award-winning production of Roald Dahl’s Matilda the Musical in September this year.

Craige Els is best known for this television roles in Call The Midwife, Ripper Street and The Bletchley Circle. His theatre work includes Antigone, Timon of Athens, and The Cherry Orchard at the National Theatre, Oklahoma! at Chichester Festival Theatre, Mamma Mia!, Never Forget, and Spamalot all in the West End.

Matilda the Musical has garnered awards from across the globe, with productions currently running in London’s West End and over the pond on Broadway. An Australian production is in the pipeline and is schedule for its premiere at Sydney’s Lyric Theatre in August 2015.

Adapted for the stage from Roald Dahl’s book by British playwright Dennis Kelly, Matilda features music and lyrics by Australian comic and musician Tim Minchin and is directed by the new incoming Artistic Director of the Old Vic Theatre, Matthew Warchus.

Matilda the Musical is currently running at the Cambridge Theatre in the heart of London’s Theatreland. 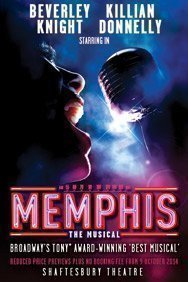 The full cast for the West End premiere of the Tony Award-winning musical Memphis has been announced.