Review of McQueen at the Theatre Royal Haymarket 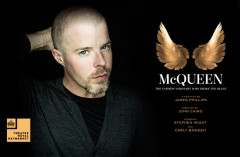 James Phillip's play McQueen takes us into the mind of celebrated fashion designer, Alexander McQueen and explores the struggle he faced balancing a celebrity life style with the pressure to produce constant, ground-breaking designs on demand. The story is slow to get going and a little confusing to begin with but as the play progresses the plot unravels with an unexpected twist and it becomes extremely engaging and even heart-breaking at times.

We begin with a mysterious American girl, Dahlia (Carly Bawden) arriving at Alexander McQueen's house in search of a dress. They then embark on an exciting journey that illustrates McQueen's struggle for inspiration and Dahlia's obsession with what beauty is and wanting to become McQueen's muse. It all gets grippingly dark and twisted as we watch Dahlia try to commit suicide and McQueen's desperate attempt to keep up appearances despite his deep rooted unhappiness.

Stephen Wight gives a fantastic performance as McQueen. He's an extremely natural performer with lots of funny quirks. The dialogue between Dahlia and McQueen can be tedious at times, stuffed as it is with long speeches about love, beauty, talent and inspiration but Wight manages to pull it off with a great truthfulness and subtly and bares a crazy resemblance to the designer. Unfortunately Carly Bawden's performance as Dahlia was rather limp in comparison. Most of the time it felt like a performer reciting lines rather than emotionally engaging with the text.

The set was ever-changing thanks to a group of dancers who moved things around with abstract stylized movement. These dancers were amazing and became part of the scenery. Their bodies intertwined seamlessly around the stage with an effortless ease and discipline which was incredible to watch. The mix between contemporary and classic styles in these set changes was a performance in it's own right and gave a nice start to each new scene.

Overall the play is highly entertaining and colourful and provides a dark insight into the personal life of McQueen. A prelude to a tragic end. 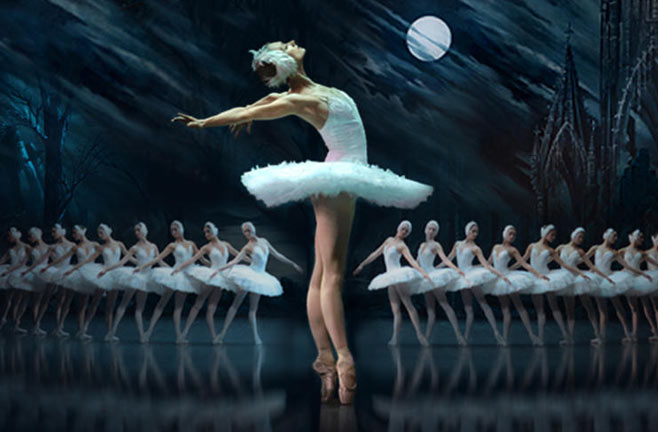 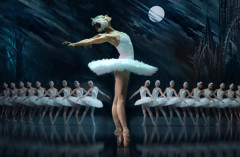 We've got a great offer for SWAN LAKE at the London Coliseum this week but hurry there's only a few performances left, so snap your tickets up right now.