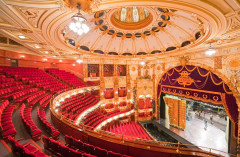 UK Prime Minister hasn’t paid much attention to the views of theatre workers and audience members asking for a bail out for British Theatre.

Maybe he’ll take notice of more than 150 MPs and peers who, in an open letter on June 11, have also called for government action to safeguard the theatre industry during the Covid-19 crisis.

It’s a frank, insightful document which tell us much about the current situation and what we could and should expect to happen. So if you’d like to study it in full here’s the full letter without further comment from me - but I’ve emphasised the key points in bold type if you’re after a swift digest of what’s being said.

While we know you are considering how best to protect and support many areas of the economy, this letter summarises the current and future impact of Covid-19 on performing arts businesses around the UK and calls on you and your teams in DCMS, Treasury and BEIS to take action on what is needed immediately; and over the coming months to rescue the sector and allow theatre to contribute to the future success of the UK.

British theatre (from drama to musical theatre to opera to dance) is a world-class cultural and economic force with British theatrical productions filling cultural venues and theatres from Broadway to Beijing.

From small studios to big-budget stages, theatre and the performing arts are part of the fabric of British life. Towns, villages and cities the breadth of the UK have and use theatres for more than seeing a show – they are spaces for many different groups in community to come together to learn, socialise and create.

Theatre’s workforce of 290,000 people includes 70% who are self-employed and move freely between scales and sectors. Its people – from actors to costumiers, technicians to producers – are the gold standard, often developing into world leaders in TV, film and digital arts.

The success of UK theatre relies on a complex ecosystem comprising of three main pillars (all pillars include both venues and production companies):

As you know, the creative industries are a motor of growth in local economies from the South East to the North West, from Yorkshire and the Humber to the West Midlands. Not-for-profit companies who receive funding from the Arts Councils, local authorities, alongside philanthropic donations to supplement income from ticket sales; and independent charitable trusts who receive no government subsidy and rely solely on philanthropic donations and ticket sales. These three pillars are inextricably linked: an intricate cross-country network of collaboration that has evolved over the past 70 years. Without support for each element, the entire ecosystem falls apart and cannot be rebuilt from scratch.

British theatre is far more than entertainment. It is beneficial to mental and physical health; it informs and educates. Moreover, they export British creativity to the world, with all the benefits to trade and tourism flowing from that global exposure.

Theatres and performing arts venues across the UK moved rapidly in response to Government advice to protect public health with every UK venue now dark. Covid-19 has removed all the sector’s trading income at a stroke and thrown business into crisis.

Overall, the impact has been immediate and devastating; the medium and long-term consequences see threats to economic, social and cultural well-being in communities all over the UK, including:

Following government/scientific advice on social distancing measures is crucial. However, for as long as social distancing measures rightly exist, for our sector this makes the prospect of reopening with any profitability impossible. While many other sectors will be able to gradually reopen under current measures, theatres cannot. It would leave around 20% of our seats available, and with 50% to 70% occupancy typically needed to break even theatres cannot operate. It is not possible to increase this capacity while respecting essential social distancing rules and this threatens to damage theatre and cultural spaces across the UK.

Any sector-wide reconstruction would be far costlier than this rescue package and a managed recovery. We therefore ask government to consider the following recommendations:

There are two groups of recommendations.

The first is a new Emergency Rescue Fund and Long-term Loan or Cultural Investment Participation Scheme. This is absolutely critical.

The second is a collection of extensions or revisions to existing policy. These are also critical to keep the sector alive until the longer-term solution is in place.

Safeguard the strength and UK-wide impact of the sector through an Emergency Rescue Fund and a Cultural Investment Participation Scheme, and the protection of local authority leisure budgets.

Sustain the workforce through a sectoral extension of the Job Retention Scheme at 80% until at least October; and an extension or replacement of the Self-Employment Income Support Scheme. This will also protect the wider ecology of theatre, and the thousands of small companies across the UK that allow the sector to function.

Catalyse the recovery including temporary modifications to the Theatre Production Tax Relief for three years, and other measures which would ease the tax burden in the short-term and allow for a stronger return to an income generative position.

Review insurance and liability policy in light of the new risks of reopening, to allow access by the sector to appropriate insurance. Currently, only 12% of organisations in the sector believe they would be able to secure insurance.

I have signed this letter to ask for fundamental and comprehensive action to be taken now, to prevent this this major part of the UK’s global offer from being lost. 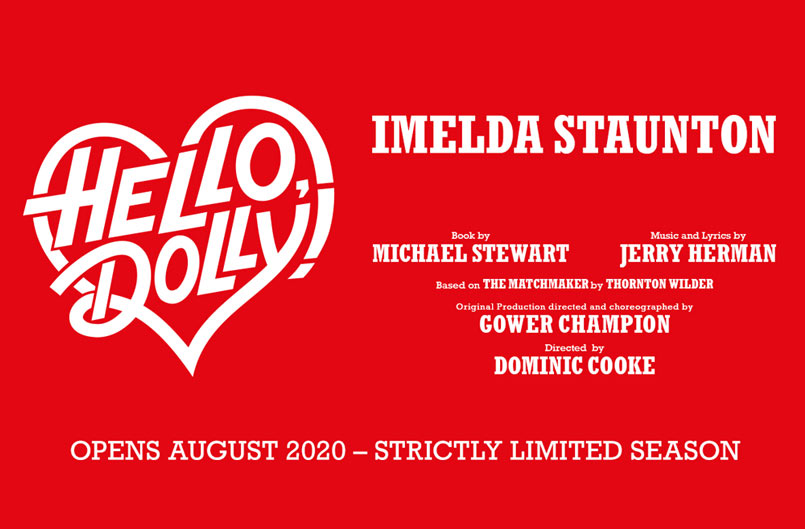 Reader Richard Voyce has been in touch in response to my article last week about HELLO DOLLY starring Imelda Staunton, which we were to enjoy this year at the Savoy Theatre before the Covid 19 virus shut down the West End.