Review: FLYCATCHER at The Hope Theatre 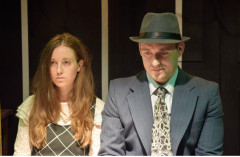 There’s mad Grandma Mae (Fiz Marcus), who is desperate to be noticed in her old age. There’s the vanilla romance between Bing (Alexander Shenton) and Olive (Amy Newton). It all has a slightly gothic allure to it.

Except that the narrative moves far too slowly, despite the exchanges themselves feeling rushed. The cast twist and turn past each other too closely in the space of The Hope Theatre, as if the production has been stuffed into this intimate venue and is about to burst at the seams. Conceptually, the narrative works – the delivery is as deadpan as Madelaine’s expression that sends shivers down the spine of her audience, a twisted promise of what’s to come. She is the spider, deftly manoeuvring the characters further and further into her web without them noticing that they are caught in her trap.

Masuak’s script and direction both have a defined vision, but it’s one that stops itself short before the characters are ever really given the time to establish. Sharp scenes cut each other off and clip their own wings in order to maintain conceptual validity, but in doing so they generate a void between character and audience that is never fully spanned.

The second half is stronger in unravelling the thread of this twisted puzzle; Madeleine’s confidence grows through sucking the self-esteem out of previously assured Olive (a solid, if uninspiring, performance by Newton). Arden is a chameleon performer, moulding herself as the antithesis of each character she comes across. She intentionally plays the mirror of her surroundings, growing darker as the affable, bumbling characters around her naively fall for her faux platitudes. This manipulation is subtle; it seeps into the bones of her victims and takes hold in the last few moment of the production – a slow build that justifies the surrealism of the script itself. But the gear change that brings this to our attention is unexpected and unprepared – Flycatcher spends so long at a slow meander that the acceleration is too fast and the destination unknown.

Masuak’s concept justifies itself in its final moments – the ramblings of seemingly mad Mae (beautifullly characterised by Marcus) make complete sense and the breadcrumb clues left throughout the show lead to the crux of the script. But Flycatcher spends so long feeling conceptually unstable that its message lacks impact. Masuak needs a stronger cast to support his production if the script itself intentionally stands on uneven ground. 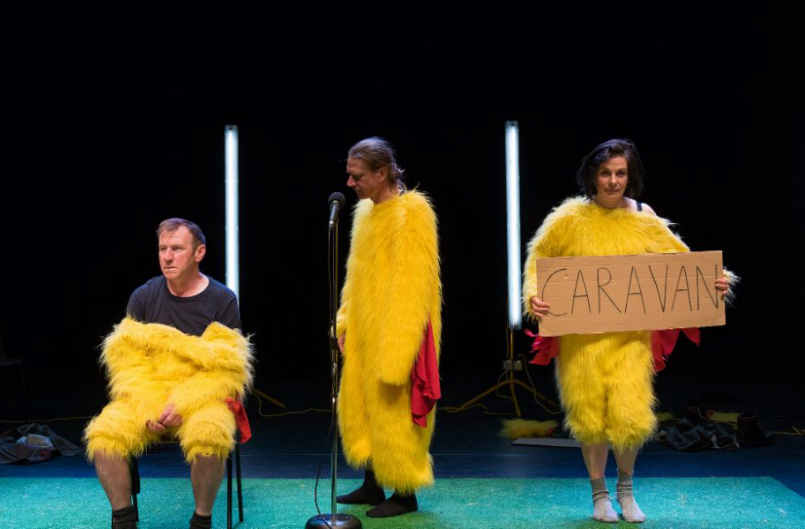 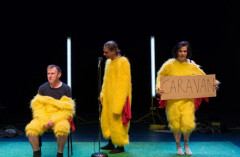 Forced Entertainment is an award-winning company that has been thrilling, insulting, enlightening and confusing audiences for over thirty years. In that time the troupe has garnered an avid following, both in Britain and abroad.