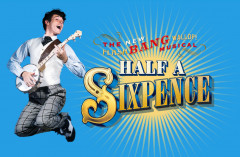 There is no questioning the talent of both the cast and creative team here – everyone is competent and able to execute their roles well. But therein is the problem; the show isn’t memorable or extraordinary enough to merit a second viewing.

Charlie Stemp perfectly personifies the wholesome, cheeky chappy nature that Half A Sixpence audiences know and love. As main protagonist Arthur Kipps, it is easy to see why, even as kids, he wins the heart of adventurous tomboy Ann Pornick (Devon-Elise Johnson) and likewise, once all grown up his natural affability turns the head of self-assured upper class lady Miss Helen Walsingham (Emma Williams). Yet David Heneker and Beverley Cross’ original character Kipps, whilst being the apple of everyone’s eye, is ultimately a bit of a rogue – stuck between two women and unable to choose, he tries to have his cake and eat it too. Most male characters written today would never get away with such a feat, but Julian Fellowes’ rewritten hero appears sweet and simple, a bit of a bumbling fool that comes across a stroke of luck and propelled into the upper echelons of society, so seems to come out of it all smelling of roses. He is depicted with such a likeability that he can be forgiven anything – Stemp wins his audience over completely.

Of course, the combined creative forces of Heneker and Cross, with Fellowes, Stiles and Drewe rewriting the piece, can be given some of the credit. Half A Sixpence is ultimately a feel-good musical, inoffensive and pleasant, harking back to a seemingly simpler time. Kipps (Stemp) promises himself to childhood sweetheart Ann (Johnson), but then moves away from country life to the big city of Folkestone (make of that what you will), grows up and comes into substantial amounts of money. Suddenly he’s a gentleman, leaving his job at Shalford’s drapers and his old friends behind to unwittingly mingle with the high and mighty. Feeling completely out of his depth, he turns to Helen (Williams) for guidance, proposes to her in a ridiculous feat of madness and regrets the whole measly affair. The Walsingham family don’t help – mother-in-law (Vivien Parry) and brother-in-law to be (Gerard Carey) intent of stripping Kipps of worldly possessions to rebuild their lost fortunes. Even these two more sinister characters are somewhat diluted down, made amenable to a more prim and proper audience of the 1960s.

The production itself is convincing, competent and full of capable individuals

The production itself is convincing, competent and full of capable individuals. The design team (led by Paul Brown) produce a period set of promenades and wrought iron railings giving the feeling of a classic seaside town. The costumes (bar one garish musical medley scene filled to the brim with outfits in lime and black); the video projections that conjure images of rolling countryside and sleepy backwater villages, only to be disrupted by the dream of the Walsingham family castle in We’ll Build A Palace; all give a professional finish that is polished and slick. The overall cast vocals produce a nostalgic, polite sound of with appropriately placed English country dance breaks. It’s all very clean and period. Notable exceptions include Ann and friend Flo’s (Bethany Huckle) duet – A Little Touch of Happiness is full of such double entendre as to make even the most innocent of ingénues titter and blush. Equally Carey’s minor role as the wedding photographer is so startling camp and farcical that he completely steals the show in Flash, Bang, Wallop – a double edged sword that draws the audience eye away from the best musical number in the piece.

The ultimate issue with this production is that, whilst one of the strongest of its type found in the West End for a number of years, it is still too twee. Yes, this is in keeping with the original and shouldn’t be completely removed in fear of uprooting the wholesome values of the show. But, in order for a tribute to the original such as this to be anything more than pleasant, it has to be the tightest and strongest it can be. As for this revival, Kipps (Stemp) is a worthy leading man, but even he hasn’t the strongest voice and is completely outsung by others whenever he is in a group number. There is equally a lack of substance to the girls, which is so intrinsic in the script that it is difficult to imagine them as having minds of their own. The flashes of brilliance are too rare to galvanise the overall piece and as such it merrily rolls along, but it doesn’t make any great impact.

Half a Sixpence tickets 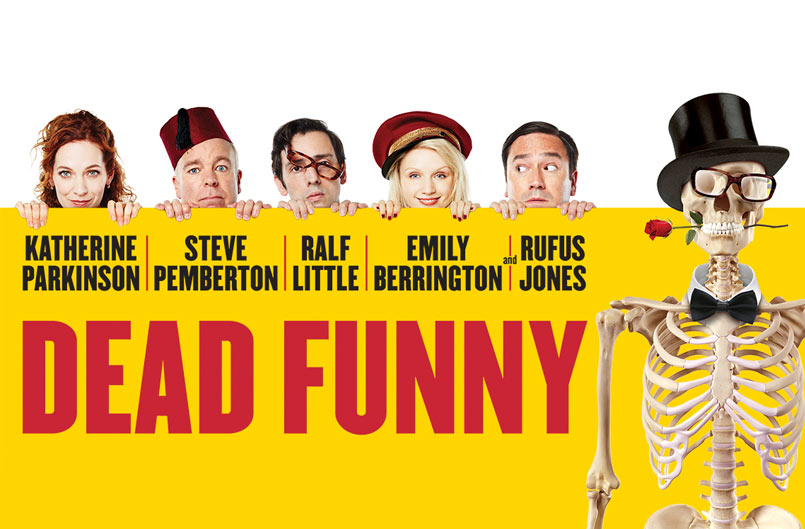 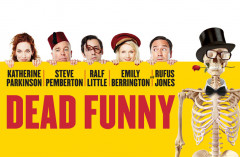 Slapstick and pathos can make for uneasy bedfellows, it is then perhaps a mark of the quality of Terry Johnson's 1992 play Dead Funny that they marry so well and provide the basis for an evening of wonderful and emotionally moving entertainment.

A superb cast of five - each ideally suited to their part - deliver the subtle and not-so-subtle nuances of this revival, currently enjoying a run at the Vaudeville Theatre on the Strand.