Review: THE LIGHT IN THE PIAZZA at the Royal Festival Hall 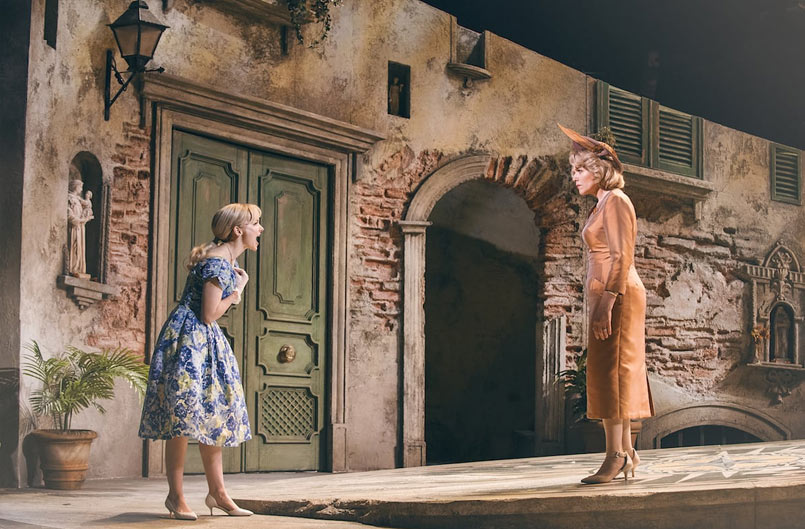 This comparison occurred to me as I was sitting in the front row of the Royal Festival Hall, just a few feet away from Renee Fleming, one of the great opera stars of our time, as she movingly sang DIVIDING DAY, the best number in Act One of the underwhelming musical THE LIGHT IN THE PIAZZA.

The show, written by Craig Lucas and Adam Guettel, based on the novella by Elizabeth Spencer, won numerous awards for its Broadway run at the Lincoln Centre Theatre in 2005 where it ran for over 500 performances. Fourteen years later, in a new, semi-staged production, John Berry and Anthony Lilley and their recently formed Scenario Two production company bring the piece to London for the first time with an extraordinary cast.

Renee Fleming plays Margaret Johnson, a Southern dame in an unhappy marriage, showing her daughter, Clara (Dove Cameron, ex-Disney starlette, strong voice, 25 million Instagram followers), around Florence, Italy (as the Americans would say) where, once, she was wooed by her dull husband, Roy. In yet more luxury casting Malcolm Sinclair takes this small role.

Clara falls for a cute Italian boy, Fabrizio, played and sung with relish by the relative newcomer Rob Houchen. His mother is a woefully underused Marie McLaughlin, another wonderful and experienced opera singer with oodles of star quality and his father is the great, and very English actor, Alex Jennings.

Herein lies the first problem. The depiction of the Italian family, with every cliche you could imagine thrown at you and them is borderline racist. An Italian friend who came with me could hardly believe what he was seeing. Everyone tried their best to be Italiano (and Rob Houchen nailed it with the accent) but, really, in 2019 it was a bit embarrassing. Jennings is a superb actor but he must have had some misgivings in rehearsal when asked to create such a cartoonish version of an Italian Signor.

The second problem is the rather dubious treatment of Clara's 'condition', which prompts her mother to flee Florence and try to stop the love affair between her daughter and Fabrizio. When you go to the show you can make up your own mind about that bit but it left a funny taste in my mouth.

The third problem is the music. The lush, romantic score was played beautifully by the orchestra of Opera North, conducted by Kimberly Grigsby. They did everything possible to inject some passion and excitement to the evening but the score let them down. It's not terrible but it's not as good as it thought it was.

The Second Act music tried to introduce a bit more complexity in terms of rhythm with nods to Sondheim and Bernstein but the vocal lines never really left the ground apart from the moments Fleming was allowed to soar, which she did to thrilling effect when she was allowed to. This is a rare opportunity to hear her sing live, not something to be missed.

Go for the performers and not the piece and you won't be disappointed.

The Light in the Piazza tickets 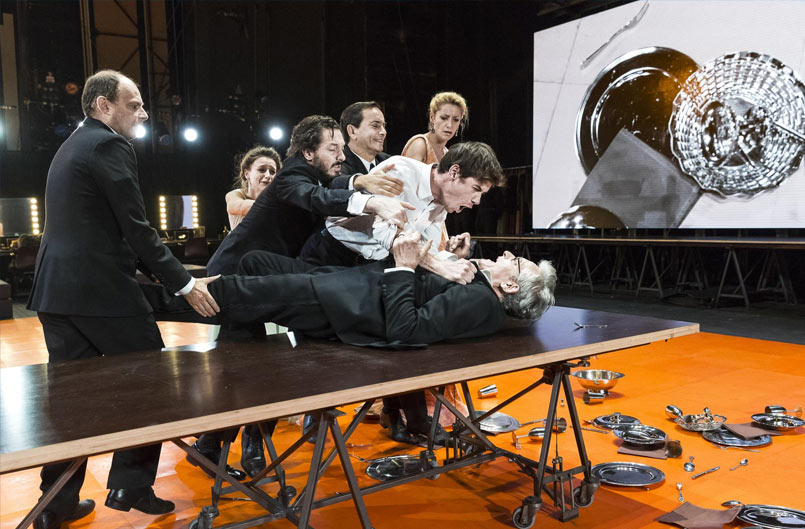 Review: THE DAMNED at The Barbican Theatre 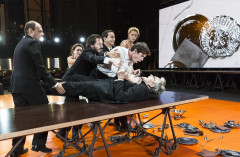 It feels as if scarcely a month goes by without one production or another by superstar director Ivo Van Hove causing a splash in London. His radical staging of ALL ABOUT EVE was recently at the Noel Coward Theatre and we’ve had revelatory productions of Arthur Miller, Shakespeare, Ibsen and Sophocles amongst many others. He’s equally busy on Broadway (NETWORK was a sensation) and coming up the maestro will be re-conceiving WEST SIDE STORY.