Review: TRAVESTIES at the Apollo Theatre 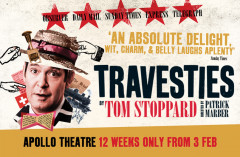 Tom Stoppard is one of those playwrights that make you feel clever just by buying a ticket.

"Look" your ticket tells the world, "I'm a person who will appreciate a wordy play based on an intellectual conceit"

Those tickets sell like hot cakes to London's intelligentsia.

Perhaps Stoppard's more recent plays haven't quite lived up to expectations but his past work is so revered that there are two revivals currently playing in the capital.

At the Old Vic Theater you'll soon be able to see Harry Potter star Daniel Radcliffe in Stoppard's ROSENCRANTZ AND GUILDENSTERN ARE DEAD, an encounter in an existential no-mans-land between two minor characters from Hamlet; whilst you can see TV's Rev, Tom Hollander in a transfer of the Menier's hit production of TRAVESTIES at the Apollo Theatre on Shaftesbury Avenue. And a hit it was, breaking Menier box office records and completely selling out before it had even opened!

Ostensibly it's about an aged diplomat, Henry Carr (Tom Hollander on barnstorming top form) looking back on his time in the Zurich of 1917. He recalls playing Algernon in an amateur production of THE IMPORTANCE OF BEING EARNEST and getting mixed up with the Irish novelist, James Joyce, Lenin, the god father of Communism, and Tristan Tzara, the founder of the Da Da Art movement.

Because we're witnessing the befuddled inside of Henry's senior brain everything gets contorted into a mind bending muddle and everything is recalled in a scrambled mix of languages, epigrams, quotes, misquotes, sex, fake facts, music, dance and whimsey.

If that all sounds rather fun, it is. Or it must be because people all around me were lapping it up and chuckling away at the relentless, and I mean relentless, barrage of witty and clever lines.

Whether you find it genuinely funny will probably depend on how much you know about British Diplomacy between the Wars, Lenin and the Russian Revolution, the works of Oscar Wilde, the Da-Da movement, and Zurich.

Alternatively go with someone you want to impress and laugh along anyway to demonstrate how clever you are. There was quite a bit of this going on amongst the press night audience.

It looks gorgeous on an expressionistic set of towering library bookcases, full of secret panels and the cast attack their labyrinthine roles with speed, clarity and wit but I felt alienated through out by how smugly pleased with itself the play is.

On this occasion I felt clever as I took my seat but left feeling like a dull witted ignoramus.

A great night out for well-read, intellectuals. 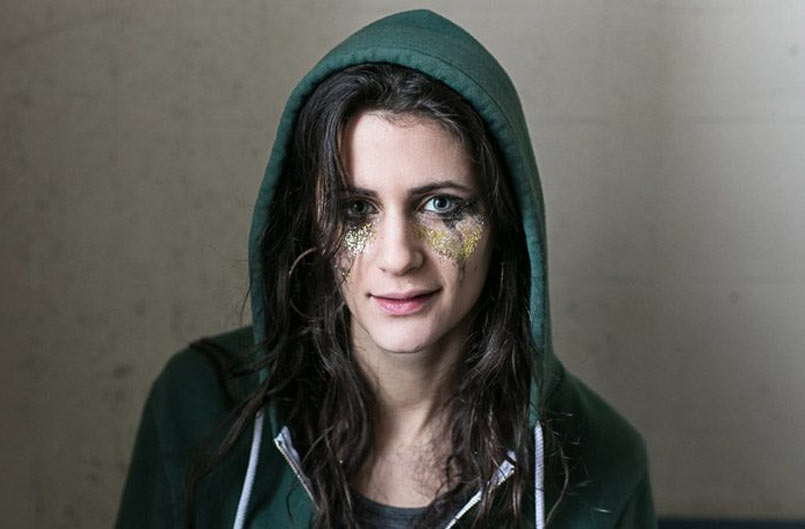 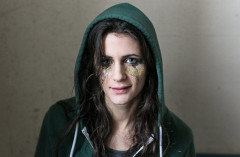 A no frills analysis of an atypical love story, Glitter Punch is a cleverly understated production that is most impactful in the things it doesn’t say. Leave the outcome a cliffhanger to increase the sense of intrigue.