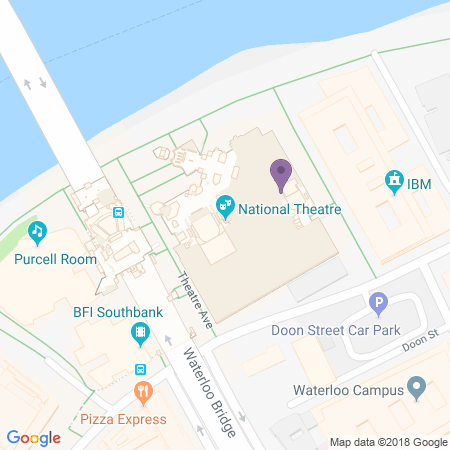 The Lyttleton Theatre is part of the massive National Theatre complex, a modern series of 1970s concrete blocks on the South Bank of the Thames just a stone’s throw from Covent Garden. Inside it’s a masterpiece of acoustic excellence with no pillars or posts to impede the audience’s view of the stage.

The Lyttelton Theatre part of the National Theatre complex, which is made up of three theatres: the enormous Olivier Theatre with its open stage, the Lyttelton Theatre plus the small and intimate Cottesloe Theatre. In total they seat more than two and a half thousand people.

The Lyttleton is named after Oliver Lyttelton, also known as Viscount Chandos, whose parents were among the original group who campaigned for a National Theatre. He was also the National’s first chairman.

The Lyttleton is well known for its carefully created shape, which delivers superb acoustics and a really good view of the stage for everyone, unlike many older theatres. There are pillars or rails to interrupt the view and the acoustics are equally good across every seat.

The National's first performance, in 1963, starred Peter O'Toole as Hamlet and was directed by Sir Laurence Olivier. The company’s first thirteen years were spent at the Old Vic Theatre and they didn’t move into their current South Bank home, which was opened by Queen Elizabeth, until 1976.

The National has hosted more than 500 plays since then and it’s one of those rare venues where you can catch several different productions a week.

Richard Eyre replaced Peter Hall as Director between ‘88 and ’97 at which point Trevor Nunn took over until 2003. The current Director of the company is Nicholas Hytner.

The National's building has recently been refurbished, with the help of money from the National Lottery fund.

Past shows at Lyttleton Theatre

Previous shows at the Lyttleton Theatre include Richard Bean’s One Man, Two Guvnors, The factual show Greenland, Clifford Odets’ 1983 Rocket to the Moon and Alan Ayckbourn's famous Season's Greetings, an entertaining look at a typical family Christmas. Men Should Weep, set in 1930s Glagow, appeared there as did Blood and Gifts, a tense political thriller from the author of The Overwhelming, which also played at the National in 2006. Numerous other hit shows have played at the Lyttleton Theatre including The Habit of Art, The White Guard, The Power of Yes, Burnt by the Sun and the highly acclaimed The Pitmen Painters.

We’re your top destination for a wide variety of seat types and prices, with excellent availability on the full range of Lyttleton Theatre tickets.