MOTOWN THE MUSICAL is King of the West End 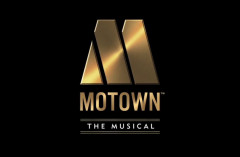 Yesterday I was discussing what were the West End's best selling shows with a prominent producer. Apparently MOTOWN THE MUSICAL is the one to beat.

Its successful "juke box" formula enssures Motown fans, and who doesn't love Motown music? a guaranteed night out with their favourite songs performed by brilliant impersonators of the original stars.

No surprise then to learn today that the producers have released over 350,000 tickets as they extend their run until October 2017. All this at the Shaftsbury theatre, long regarded as a jinxed venue where nothing lasts.

They also have a new cast member, Obioma Ugoala will join the cast in the role of Smokey Robinson from 4 July 2016. Ugoala is also a respected classical actor, particularly for Shakespeare and his previous theatre credits include Richard II, Henry IV part I & II, Henry V and The Merry Wives of Windsor for the Royal Shakespeare Company and Antony and Cleopatra for Shakespeare’s Globe.

Critics have criticised the lack of plot but it nominally tells the story of how Motown founder Berry Gordy gave up a career as a featherweight boxer to launch the careers of these star. The show's publicity claims "Motown the Musical uncovers the true story of the legendary record label that changed music history and created the soundtrack of a generation".

But it's the music that really matters and it's glorious.

A wizard guide to the West End

Here's a wizard idea from the Society of London Theatre.

If you're new to London Theatre-going, or even if you crave a little more insider knowledge, they've created a new app that provides you with a walking tour of the theatre district.