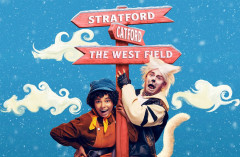 Pantos are one of the best things about British theatre, bringing communities together and providing a perfect opportunity for a family outing for so many who might not necessarily be frequent theatre goers.

Stratford East pantos are known for their great energy, political satire and plenty of great tunes. This year the East London venue stages the well known DICK WHITTINGTON and does so with just the right amount of magic and humour.

Dick Whittington played by Sèverine Howell-Meri, is a cheerful and hopeful young man who is determined to leave the quiet, full of turnips and banter, West Field. Encouraged by his grandma (Bree Smith), the hero begins his adventure to the city. Soon, aided by his new hilarious Cat friend (Harry Jardine) and a hilarious Dame Lady Lush (Vedi Roy) Dick Whittington will have to defend London from the evil King Rat (Tom Giles) and the evil corruption that resides in the wonderful London town.

Directed by John Haidar this production of DICK WHITTINGTON will keep you smiling and laughing throughout the whole of the show.

The cast deliver incredible performances. Sèverine Howell-Meri shines in the titular role whilst Tom Giles as the antagonist, brings much charisma to the stage. The MC of the show Vedi Roy as Dame Lady Lush, a character so colourful and joyous, is quite literally the cherry on top of the cake, often interacting with the audience and absolutely rocking the outrageously loud and crazy costumes designed by Lily Arnold.

Written by David Watson with music and lyrics by Robert Hyman DICK WHITTINGTON will keep you entertained with just the right amount of great tunes.

Special mention must go to all ensemble numbers and rapping Cat. There is also a lot of laughter provided by Lizzie Winkler in the role of somewhat familiar blond haired Mayor.

DICK WHITTINGTON is a truly special experience. If you fancy a bit of escapism this Christmas head to Stratford East pronto! 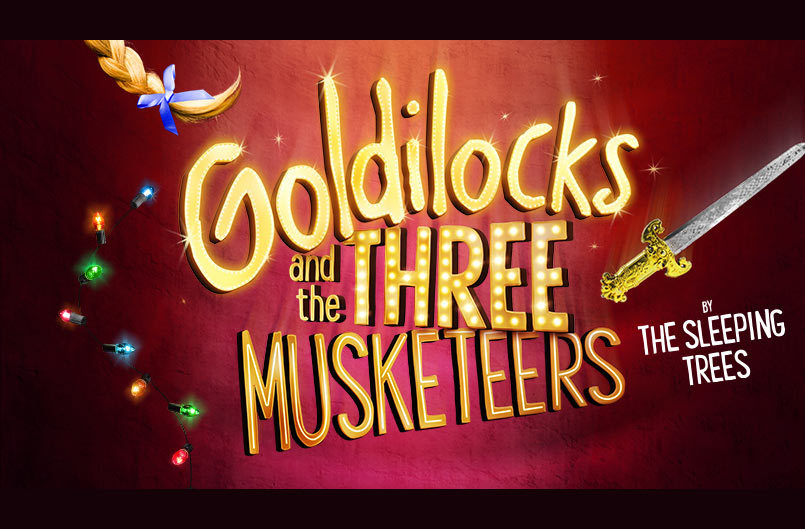 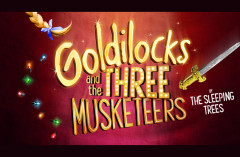 The Sleeping Trees comedy pantomime is a must-see event every Christmas for me. This year was no exception.

Goldilocks and The Three Musketeers is a brilliant mash-up of children’s stories pulled together with energetic performances, comedy songs and bizarre theatrics.