To create a great musical, all the stars in the creative firmament have to align: all the artistic and technical departments in a collaborative art-form involving, perhaps, a hundred people, have to coalesce as one. This they did at the Piccadilly Theatre on Tuesday night though, strictly speaking, Baz Luhrmann’s Strictly Ballroom The Musical is not a musical, it is a heavily disguised play with music. 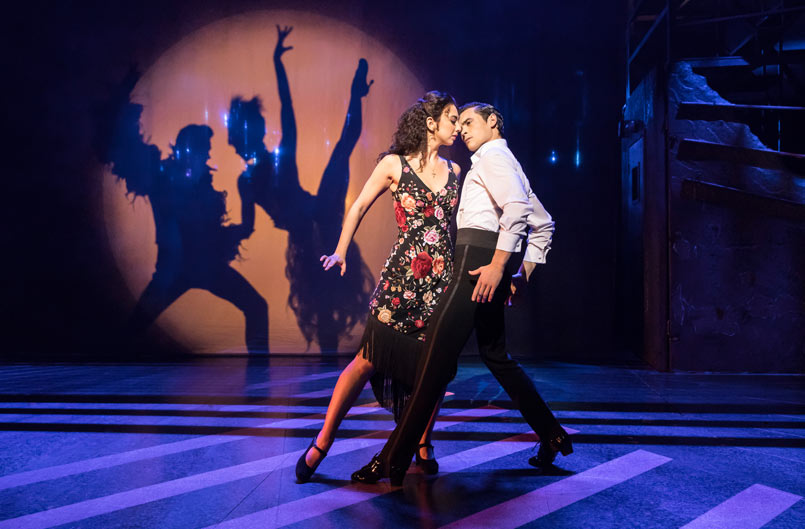 Based on the iconic 1992 film created by Baz Luhrmann – the first of his Red Curtain Trilogy – with a book by he and Craig Pearce, Strictly Ballroom The Musical is a riotous romp for all the senses. It’s the familiar Cinderella-type story of down-trodden Scott Hastings, a rebellious dancer (TVs Jonny Labey) who wants to show the world his new moves, away from the rigours of the strict and, to him passé, ballroom choreography of the Australian Federation. His dance partner deserts him and he turns to Fran, a beginner at his dance studio (the always sassy and multi-accomplished Zizi Strallen).

I don’t think anyone in the audience has any doubt about how the tale is going to end – it’s not that kind of show – but the journey getting there is immense fun. You go into the theatre humming the well-loved pop songs from Hound Dog to Dancing in the Street, but you come away humming the choreography, set, costumes, lighting and sound design, all of which are as gloriously over the top as the source material.

There are some terrific performances – from the ensemble of young, hard-working dancers who also watch every scene and effortlessly change the sets, to the seasoned pros lead by Gerard Horan, Stephen Matthews, Fernando Mira, Eve Polycarpou, and a marvellously (and suitably) over-the-top Anna Francolini, who plays the mother of our hero. Will Young is a magnificent host, reprising his award-nominated Emcee role with an Australian twang and spandex. He sings most of the panoply of familiar songs with conviction and simplicity and joins in the ensemble feel of the Company, whilst being the only one who has sold a gazillion records. Such is Will Young’s masterly control of all of the sung music that it is a real surprise when other members of the company sing, especially the one choral moment, a sensational version of Love Is In The Air beautifully arranged by Musical Supervisor, David Caddick.

However pastiche a show is, however cartoon-like in its simplicity and garishness, in a show about dance and dancers the most important element has to be the choreography. Many choreographers have their own style – think Busby Berkley, Bob Fosse, Martha Graham – and they often carry their style with them, show after show. And, in truth, elements of one of their shows could easily be dropped into another.

But Drew McOnie invents his own language for each show he works on. You could not take his choreography for, say, Bugsy Malone and put it into Drunk or for Jesus Christ Superstar and put it into In The Heights. In Strictly Ballroom The Musical he invents his own language based on the steps we are familiar with from BBC TV’s Strictly Come Dancing. And then he adds his magic, whether this be humour, energy or virtuosity – and sometimes all three at the same time. He is a phenomenal talent.

Being a feast for the eyes, Strictly Ballroom The Musical is the perfect show for Drew McOnie to choreograph and direct, he marshals every department to give their best work. In a show which is as bright as Iced VoVos from Arnott’s, special plaudits must go to Howard Hudson who lights architecturally to set the mood and scene, and not just as a flashing whizz-bang accompaniment to pop songs. He uses colour not just for colours’ sake but to advance the plot and set the scenes with some gorgeous deep ambers for the Latin scenes and some Technicolor brilliance for the Pan Pacific Championship scenes. Soutra Gilmour has created a composite structure which has fun scenic elements smoothly changed by the Follies-type ghostly ballroom dancers (and is this the only show in the West End where the crew are dressed up to the nines?) Gareth Owen and his team of audio magicians have put together a great sound system – you can clearly hear every word and every instrument, especially as the keyboards’ sounds are occasionally cheekily pinged around the back of the auditorium. And, once again Simon Hale orchestrates with his usual flair. Using the same band of 10 players to miraculously play Bizet, Grieg, Strauss and Sting, he creates a new palette of sound for each of the 1970’s and 1980’s catalogue of hits – with a special nod to Andy Barnwell for fixing such a great band; take a bow Alex Maynard (trumpet and flugel).

A curmudgeon might say that taking off a large pair of spectacles does not necessarily a Pan Pacific Dance Champion make; he or she might gently remind the Company to occasionally look up at the Royal Circle and the Grand Circle; and he or she might hope that the final ten minutes of the production be simplified as there are several false endings… But Strictly Ballroom The Musical is meant to be a fun evening and is not a hallowed text. It is there to be enjoyed and to give an audience a great night out.

Full credit therefore to one of the hardest working companies in the West End (and good to see the Swings taking a bow at the Curtain Call), to Soutra Gilmour and Catherine Martin who don’t put a sequin wrong, to David Caddick’s vocal arrangements and the brilliant orchestrations of Simon Hale and the fine musicians who play them, the source material of Baz Luhrmann and the visual genius of the man who brought it all together, Drew McOnie. 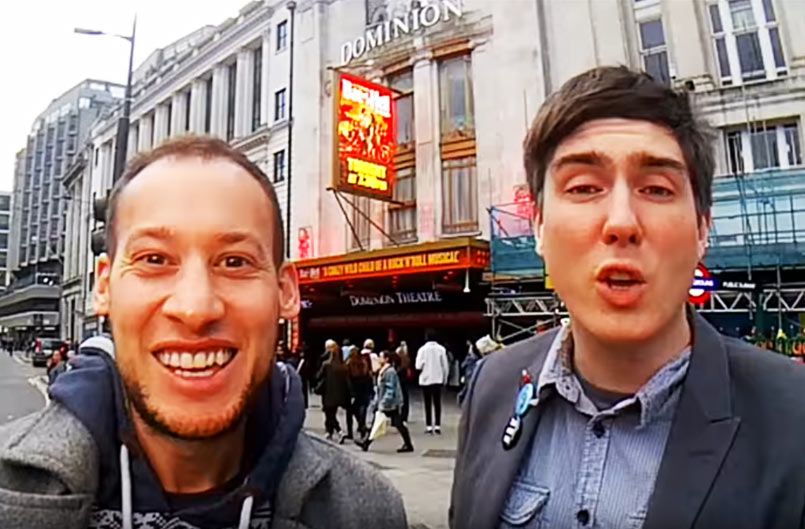 Video review: BAT OUT OUF HELL at the Dominion Theatre 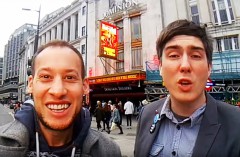 The Break A Leggers review Jim Steinman’s Bat Out of Hell The Musical at the Dominion Theatre in London’s West End. Will it be Break A Leg? Or Leg It!