Now showing at the Peacock Theatre 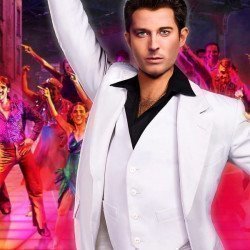 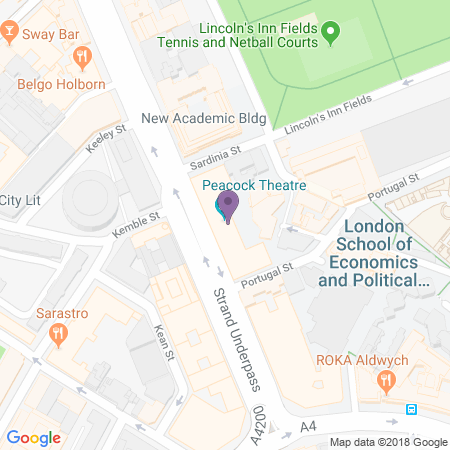 An unassuming modern concrete block from the outside, the Peacock Theatre is used for London School of Economics university lectures during the day. Inside you’ll find a well- equipped space with fan shaped seating and open stage with excellent views wherever you sit, used by the Sadler’s Wells dance company at night.

There has been a theatre on the site of the modern concrete Peacock theatre since was back in 1660, when a staging of Shakespeare’s Othello at the Vere Street Theatre, also oddly known as Gibbon’s Tennis Court, saw a female take the stage for the first time.

The site has had a chequered history, clocking up six different names over the years: London Opera House, National Theatre of England, Stoll Theatre, Stoll Picture Theatre, The Royalty Theatre and now, the Peacock.

The original theatre was damaged by fire, re-built and re-opening as the stunning 2,600 seat London Opera House, in competition with the nearby Royal Opera House. Perhaps not surprisingly, it closed in 1912 and stayed resolutely shut until re-opening yet again as the Stoll Picture Theatre, a cinema that screened silent movies accompanied by a full in-house orchestra and showing the occasional variety show. Which was its saving grace at the time, at least until 1957 when it closed again, only to be demolished and replaced by the current modern office block.

In partial compensation, the theatre’s owners built a small theatre in the basement of the new office building, which opened in 1960 and soon became known – mostly tongue in cheek – as the Royalty Theatre. At first it was home to a series of drag shows, then deteriorated again and spent time as a TV studio, hosting the hit TV show This is Your Life.

The prestigious London School of Economics eventually bought the building for use as a university lecture theatre, renaming it The Peacock Theatre, and it remained so until the world famous dance company, Sadler’s Wells, decided it’d make the perfect London home. Today it is still used by students during the day and comes to life as a premier dance venue at night.

One of the Peacock Theatre’s more dubious claims to fame is the fact that it once hosted what is widely thought of as the worst musical ever, called Barnardo.

Ghostly dolphins at the Peacock Theatre!

Sadly, during the 1930s a water tank was kept under the stage to house dolphins. People have reported hearing ghostly dolphin noises in the theatre to this day.

Past shows at the Peacock Theatre

Under the name The Royalty, the building hosted the massive hit Oh Calcutta and Bubbling Brown Sugar in the late 1970s. The Rat Pack played at the theatre in 2002, with Doldrum Bay premiering in 2003. Today’ it’s a dedicated dance venue for the Sadler’s Wells company.

The Peacock Theatre has an access door on Kingsway, two wheelchair spaces at the back of the Dress Circle with room for companions, and transfer seats in the aisles. There’s also an infra-red system and guide dogs are welcome in the auditorium.

We’re a popular destination for a wide variety of seat types and prices, with excellent availability on the full range of Peacock Theatre tickets.