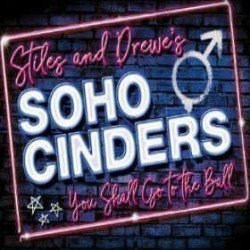 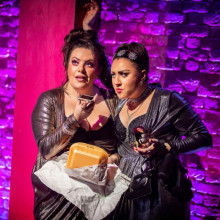 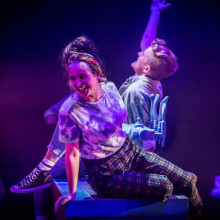 When impoverished student Robbie becomes romantically involved with engaged London Mayoral candidate James Prince, his lap-dancing step-sisters become the least of his problems! James and Robbie's worlds collide, forcing them to fight for their own fairy-tale ending. Celebrating London's most colourful district and mixing politics, sex-scandals and true love, Soho Cinders is a deliciously naughty musical update of the Cinderella story with an infectious score that you'll be humming long past the stroke of midnight!

Plenty of fun in the first half but a little lacking in humour in the second half, still loved it and a great small theatre.

Love Luke Bayers voice Small theatre feel like they 're performing just to you.

This was a last minute purchase which I'm so glad I made. A modern (adult) take on a classic story, great acting/singing with catchy numbers and a special mention for the ugly sisters who's comedy one liners had me in stitches throughout. 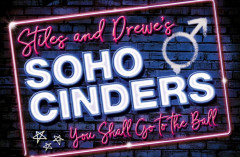