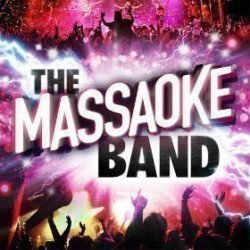 For the uninitiated, Massaoke is a huge sing-along party with a brilliant live band, where everyone sings together guided by giant video lyrics, and the crowd is the star of the show.

Join The Massaoke Band as they take over the spiegeltent once a month for special themed shows, including A Massaoke Night at the Musicals, Massaoke 80s, and their famous Massaoke Mixtape extravaganza.

They’ve got something for everyone, so whether you’re a pop princess, a rock god or a West End superstar, all you need to do is BRING THE SING!